When Napoli signed Edinson Cavani from Palermo in 2010, few expected the striker to have such an impact at the San Paolo.

The Uruguayan’s goals fired Napoli to third place and a Champions League spot in his first season at the club.

He continued to spearhead the Napoli attack with aplomb and, in 2013, earned a move to cash-rich Paris Saint-Germain for a French record fee of around 64 million euros (US$84 million).

Uruguayan professional footballer Edinson Cavani has a net worth of $50 million dollars, as of 2021. Cavani plays as a striker for Premier League club Manchester United and the Uruguay national team. Cavani began his career playing for Danubio in Montevideo, where he played for two years, before moving to Italian side Palermo in 2007.

The potential was evident since his early days at Danubio, but he had given little indication of what was to come in his time in Europe.

A product of the Danubio youth system, Cavani scored nine goals in his one season in the senior team before being signed by Palermo in 2007.

He struggled for early success with the Rosanero, often kept out of the team by Fabrizio Miccoli and Amauri. He scored a stunning goal on his debut after coming on against Fiorentina in March 2007, but that was just one of two strikes as opportunities were limited.

Fourteen and 13 Serie A goals respectively in the 2008-09 and 2009-10 seasons caught the attention of several bigger clubs and it was Napoli who swooped to sign the player after he impressed in the World Cup finals for Uruguay in 2010.

A Revelation in Naples:

Cavani made an explosive impact in his first season at Napoli, finishing as the league’s second top scorer behind Antonio Di Natale with 26 goals. His habit of scoring late on in games was welcomed by all at the San Paolo, as were hat-tricks against Juventus, Sampdoria and Lazio.

Such a stellar season prompted Napoli to extend his contract to 2016 as several clubs started circling around one of the hottest properties in world soccer.

Cavani scored a penalty in the Coppa Italia final win over Juventus in 2012 and also netted 23 league goals.

He went six better in the league the following season, topping the scoring charts with 29 as Napoli finished second behind Juve.

Cavani scored 16 goals in 30 league appearances in his first season at the Parc des Princes.

Despite often playing second fiddle to the team’s star player, Zlatan Ibrahimovic, Cavani had little trouble finding the net as his side retained the Ligue 1 title.

He netted twice in the League Cup final win over Lyon as he helped Laurant Blanc’s men pick up two trophies in his first season.

Prolific at under-20 level, Cavani stepped up to the senior side in 2008, scoring on his debut against Colombia.

‘El Matador’ scored one goal for his country at the 2010 World Cup, in the third/fourth place playoff against Germany. But he impressed prior to that match in a three-man attack as Uruguay reached the semi-finals.

He was part of the squad that won the 2011 Copa America.

This Edinson Cavani Net Worth profile originated at WealthyGenius.com 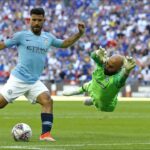 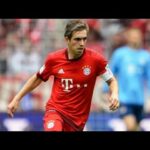