How much was Eddie Van Halen worth?

Who Is Eddie Van Halen

Edward Lodewijk Van Halen was a Dutch-American musician. Better known as Eddie Van Halen, he was born in Amsterdam, The Netherlands, on January 26, 1955. With his family, Eddie moved to the United States in 1962 without knowing a word of English. The musical talent became most well-known as the founder and main songwriter of the American hard rock band Van Halen. Eddie is easily known as one of the most legendary guitar players, second only to Jimi Hendrix, of the twentieth century. His influential and original talent has paved the way for many musicians to follow.

American-Dutch musician Eddie Van Halen had a net worth of at least $100 million dollars at the time of his death, in 2020.

How Did Eddie Van Halen Get So Rich?

With a five-decade musical career, Eddie’s fortune was most attributed to the fame of his band Van Halen, one of the world’s best selling bands of all time. Their debut album “Van Halen,” released on February 10, 1978, has contributed $10 million in earnings for Eddie alone. Their 1979 album “Van Halen II” has contributed another $5 million to Eddie’s wealth. Another $11 million can be added to that with the 1984 release of their most successful album titled “1984.” Eddie has earned an additional $6 million from their album “5150,” which was released in 1986.

This tally doesn’t account for the wealth Eddie has obtained from musical collaborations, other ventures such as film scoring, and his line of guitars. As his music continues to sell to this day, his well-deserved wealth still grows. Eddie has remained in L.A., living in his 10,000 square-foot home since the early 1980’s that he calls “5150 Estate,” cleverly named after the California law enforcement term for a mentally disturbed person. Van Halen has recorded every album since 1984 in the detached 5150 studio on Eddie’s estate.

Eddie and his older brother Alex began playing instruments at a young age, piano lessons being their first musical endeavor. After moving over to the drums, Eddie soon switched instruments with Alex and took to the guitar seamlessly. Inspired by the British Invasion rock movement, the two brothers took their talents to backyard parties and clubs in Los Angeles. Adding singer David Lee Roth and bassist Michael Anthony to the mix in the 1970’s, the group called themselves Mammoth. With influencers such as Jimmy Page of Led Zeppelin and Eric Clapton, Eddie Van Halen soon became popular for his guitar-playing skills, incorporating the “two-hand tap” technique, for which he would eventually become famous. Eddie quickly became one of the most well known guitar players in L.A., and the group changed their name to Van Halen in 1974.

Eddie began building his own custom guitars and recognizably became one of the best rock guitarists almost immediately after Van Halen signed on to Warner Bros. in 1977. With their self-titled debut release a year later, the band took off in popularity with a stream of multi-platinum albums and sold-out shows. Despite the band’s rotation of front men – from David Lee Roth, to Sammy Hagar, then to Gary Cherone – the band soared in popularity. Additionally, Eddie has collaborated with other famous artists such as Michael Jackson, Queen’s Brian May, and Roger Waters.

Eddie’s success can be attributed directly to his transformative skills on the guitar. He practiced his craft until he was so talented that his abilities inspired others. He has six musical trademarks, including use of the whammy bar, use of synthesizers, two-tapping, his “Eruption” guitar solo, the Frankenstrat guitar, and his liking to jump in the air then do the splits amidst his “Eruption” solo. His talents are so recognized that he has never been limited to playing only for Van Halen. He has appeared on tracks with other famous artists and even wrote compositions for films, including The Wild Life (1985) and Twister (1996).

Because of his talent, Eddie has been ranked eighth in the Rolling Stone List of Top 100 Guitarists. He was voted number one in the 2012 ‘Guitar World Magazine’ poll for “100 Greatest Guitarists of All Time.” Van Halen is one of five rock groups to have sold more than 10 million copies of a single album (on two albums) in the US. The group has sold over 56 million total album copies in the US, ranking them the 19th best sellers of all time. With eleven of their albums reaching the top twenty of the Billboard’s music charts, the band set a record in the Guinness Book of World Records with the most number one hits on Billboard’s Mainstream.

Eddie’s success goes beyond his musical abilities. His desire to always ‘take it to the next level’ drove the innovative ways he produced music. His legacy was built not just on his revolutionary way of playing the guitar that inspired many after him, but on his contributions to how guitars are built. Eddie developed his guitar craft into his own line of guitars under the label Ernie Ball Company in the early 1990’s and then Peavey in the mid 1990’s. His guitar line to this day is known as “EVH.” Eddie became a hero for guitarists worldwide and was inducted into the Rock and Roll Hall of Fame in 2007.

Eddie Van Halen was not only gifted with a talent that he exceeded well beyond others but knew how to monetize that talent through multiple avenues. Had he limited himself to being the guitarist for Van Halen, he would certainly not be worth as much as he was. However, his ability to master his craft and then demonstrate it in such a versatile way – a self-named rock band, collaborations with well-known artists, film scores, and a guitar line of his own – has set him apart as a legendary rock star. His ability to push the limits and adapt the guitar to fit his skill set (rather than limiting his skills based on the tools available) is how Eddie Van Halen became one of the greatest guitarists in history. 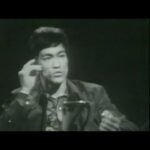 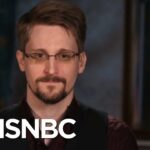