How much is Eddie Collins worth?

American professional baseball player, manager and executive Eddie Collins had an inflation-adjusted net worth of $1 million dollars at the time of his death, in 1951. Collins played as a second baseman in Major League Baseball from 1906 to 1930 for the Philadelphia Athletics and Chicago White Sox.

Had 3,315 hits in his career and a lifetime batting average of .333, and is on the short list for best second basemen of all-time. He hit better than .340 ten times.

In 1931-32, he served as a Philadelphia coach and was general manager of the Boston Red Sox from 1933-47, where he signed Ted Williams to his first contract. 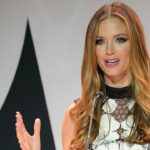