How much was Eazy-E worth?

Eazy-E, born Eric Wright, was a rapper and producer who was a pioneer in West Coast rap and gangsta rap, as he was the lead songwriter for the hip hop group N.W.A., along with Ice Cube and Dr Dre. He is best known for pushing the boundaries of rap lyrics and he is often called the “godfather of gangsta rap”, as the band’s debut studio album, Straight Outta Compton, has become iconic and is one of the most influential albums of all time. In his later years, Eazy-E was famously wrapped up in rivalries with his former band mates who found more success in their solo careers. The rapper passed away in the mid-90s after he was diagnosed with AIDS.

American rapper, songwriter, record producer, and entrepreneur Eazy-E had a net worth of $8 million dollars at the time of his death, in 1995. Some reports, including his son Lil Eazy-E, put Eazy’s net worth as high as $50 million at the time of his death. We calculate it was actually less than $10 million based on his record deals and other dealings with Jerry Heller.

How did Eazy-E earn his net worth?

Though E had allegedly earned more than a quarter of a million dollars dealing drugs on the street by the time he was 22, it was nothing compared to what he’d make with N.W.A. The rapper’s record sales speak for themselves, as Straight Outta Compton has gone 3x platinum by the Recording Industry Association of America. And their overlooked sophomore effort, N****z4life, also sold over one million units. During it’s peak, Ruthless Records was making more than $10 million per month from record sales, and as Wright owned the label, he would have been seeing the vast majority of that amount.

On top of all the record sales and financial success with his band, Wright’s estate would have also seen a lot of wealth in the time since his passing. Not only does it get the highest percentage of royalties whenever N.W.A.’s music is played, but it would have also made money from any documentaries or media related to the rapper, including the insanely successful biopic, Straight Outta Compton. The movie made of $200 million worldwide and was considered as one of the best movies of 2015.

As Wright took up drug dealing from an early age, it became the most prevalent subject matter for most of his songs. When the rapper founded N.W.A., which is an abbreviation for “N****z Wit Attitudes”, the band found themselves in a ton of controversies and many listeners believed that they were glorifying gun violence, drugs, and misogyny, and the band were quickly banned from most radio stations in the US. But amazingly, without a single second of radio play, they still managed to sell over 10 million albums while they were together. The band became one of the most influential figures in rap, as they singlehandedly pioneered gangsta rap, a genre that would go on to be insanely popular.

In 1988, the band released their debut album, Straight Outta Compton, and many praised it for raising societal issues that had been a problem for a long time, including police brutality and racial profiling. The album was mostly produced by member Dr Dre, who went on to become one of the most prolific rap producers of all time with several successful solo albums, and it was one of the first ever records to have the parental advisory sticker on the cover. Some of the album’s most popular songs include “F*** tha Police”, “Gangsta Gangsta”, and “Express Yourself”. Straight Outta Compton is often cited as one of the greatest albums of all time, and was the first ever rap album to be inducted into the Grammy Hall of Fame.

However, the band’s success didn’t last forever, and feuds eventually arose between Wright and the other members of the group. After Dre grew suspicious that E was earning more money than him and Ice Cube, tensions grew while recording and touring. Suge Knight famously urged Wright to release Dre from his contract from Ruthless, the record label that Wright owned, but he refused. Knight even went so far as to kidnap Wright’s producer and keep him in a van. After several more threats, including ones over his mother’s life, Wright finally agreed to release Dre from his contract and after that, the members of the group barely spoke again.

In 1995, Wright was diagnosed with AIDS. This encouraged him and Ice cube to finally make amends. Not long after, he died from AIDS-induced pneumonia and his funeral was attended by more than 3000 people. The rapper was buried in the same casual clothes that he always wore; a flannel shirt, jeans, and his Compton hat, and he was buried in a gold casket. Since his death, he has been the subject of several documentaries and was portrayed by actor Jason Mitchell in the biopic, Straight Outta Compton.

Wright’s imaginative and detailed description of his experiences selling drugs on the streets, history with the police, and colorful upbringing is what helped the rapper define a generation and kickstart a brand new and energetic breed of rap. His creative style was unlike anything else at the time and it took the world be storm so much that he found success without any radio play. And E’s delivery that people love so much is owed to his influencers, including Ice-T, Redd Fox’s, Bootsy Collins, and Run-DMC.

Beyond his lyrical content and delivery of his bars, Wright is a phenomenal beat maker and he revolutionized hip hop sounds, as the music of N.W.A. was as heavy on the synthesizers as it was on the bass. It had a funky sounding aesthetic to it, but at the same time sounded gritty thanks to it’s dark lyrical themes and classically boastful bars. It was a sound that was uniquely N.W.A., and though the sound was often imitated, few others came close to the band’s success.

Choosing against a life of drug dealing before it was too late, Eazy-E made the best decision of his life and with founding of one of the most influential bands of all-time, the rapper holds a legacy with a discography that is unrivaled in rap music. Straight Outta Compton didn’t just change rap music, it’s messages changed the world, and that’s why Wright had an estimated net worth of $8 million around the time of his death, though his son claims it was closer to $50 million. As of right now, Dr Dre is still trying to retrieve money that he claims is owed to him by Ruthless Records. 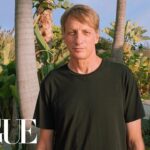 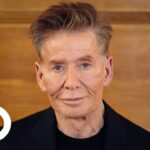