How much is Dylan Sprouse worth?

Who Is Dylan Sprouse

Dylan Thomas Sprouse is an Italian-born American actor. He and his twin brother began acting when they were just eight months old and ever since have starred in many distinguished Disney Channel productions. His performance in the hit series “The Suite Life of Zack and Cody” elevated his career and helped him gain international popularity. Besides being a successful actor, the entrepreneur is also a co-founder of a New York-based meadery named “All-Wise”.

Dylan is the twin brother of Cole, who is also a successful actor and entrepreneur. In the past couple of years, the twin brothers have been among some of the most wealthiest and successful Disney names. As of 2021, Dylan Sprouse continues to make a name for himself with his acting talents. Among some of the most well-received television films and series that he’s known for starring in are “Grace Under Fire”, “Wizards of Waverly Place”, “Hannah Montana”, and “After We Collided”.

As of 2021, American actor Dylan Sprouse has a net worth of $10 million dollars.

How Did Dylan Sprouse Get So Rich?

The role of Zack Martin in some of Disney’s most distinguished television series not only boosted Dylan Sprouse’s popularity but also helped him become rich in no time. Prior to that role, he spent most of his early years in “Grace Under Fire”. In 1999, a few months after the show had ended, at the age of six, Dylan and his brother Cole appeared in his first major feature film — “Big Daddy”. Even though the movie didn’t have commercial success, it helped the Sprouse Twins receive multiple awards and nominations such as YoungStar, MTV Movie, and Blockbuster Entertainment Awards.

In the early 2000s, Dylan starred in several television films and series such as “Diary of a Sex Addict”, “The Master of Disguise”, “Apple Jack”, “Just for Kicks”, “Mad TV”, and “That 70s Show”. In 2008, after auditioning and outlasting thousands, Dylan Sprouse received the role of Zack Martin in the Disney Channel’s “The Suite Life of Zack and Cody”, which, in the beginning, would earn him approximately $10,000.

Thanks to their outstanding performance, in 2007, the Sprouse brothers became two of the wealthiest children alive. Three years later, after their careers had skyrocketed, it was revealed that in the final season, the twins received more than $50,000 per episode, making them the highest-paid teenage actors from Disney.

In addition to acting, the twins signed a contract with Dualstar Entertainment in mid-2005 and soon, they began promoting and selling their branded “Sprouse Bros” merchandise. The brand wasn’t successful in the beginning, however, after their association with Disney Channel, it blew up and helped them earn approximately $50,000 per year.

Dylan became famous thanks to his role in “The Suite Life of Zack and Cody”. He and his twin brother, Cole, were born on August 4, 1992, in Arezzo, Tuscany. They were born in the Italian town because, at the time, both of their parents were working as teachers at a local English language school. He was born 15 minutes before his younger brother and his name comes after a welsh poet named Dylan Thomas. Four months after their birth, Dylan and Cole moved with their parents in their native town — Long Beach, California.

Both Dylan and his brother began acting just when they were eight months old after the suggestion from their grandmother, Jonine, who worked as an actress and drama teacher. In what was their first acting performance, the twins appeared in mostly commercials for diapers and they were switching on-screen time every few seconds due to the child labor laws in California.

At that time, the twins auditioned and were given the role of Patrick Kelly in the ABC sitcom “Grace Under Fire”. Both twins played the same role and worked for the show from its beginning (on September 29, 1993) until its ending (on February 17, 1998).

What Makes Sprouse So Successful?

The thing that makes both Dylan and his brother Cole so successful is their fantastic teamwork while acting. The very first episode of “The Suite Life of Zack and Cody” premiered in March 2005. The show was welcomed only with positive reviews and also had a rating success. Even after the show had ended, the twins continued to portray their roles in other successful Disney productions such as “Wizards of Waverly Place”, “Hannah Montana”, and “I’m in the Band”. In 2010, at the peak of their career, the twins starred in the television film “The Suite Life Movie”.

Also, a few months after the show had ended, the Sprouse twins became official faces and ambassadors of multiple brands and companies, most notably “Danon Danimals” and “Nintendo DS”. Around that time, they also received a lot more coverage from the media. They covered multiple magazines such as “People Magazine”, who in May 2009, devoted an entire eighty page-long edition of “The Suite Life on Deck”.

The success of Dylan Sprouse doesn’t come only from his collaborations with his twin brother. As a solo actor, he has taken part in many successful projects such as “Kung-Fu Magoo”, “Carte Blanche”, and “Banana Split” and his acting performances were highly praised and rewarded.

Now, thanks to the success he achieved as the Disney character Zack Martin, the actor and entrepreneur is able to take part in multiple productions at the same time. In 2020 alone, he worked in three different films — “After We Collided”, “Turandot”, and “Tyger Tyger”. The latter, which serves as a sequel to the 2019 romantic drama “After”, premiered on September 2 and in just a few weeks time became a box-office hit because it amassed more than $30 million.

Just a year after he was born, Dylan Sprouse, alongside his twin brother Cole, began acting. After spending nearly six years in “Grace Under Fire”, the brothers received multiple offers for commercials and television productions. The breakthrough of both came in 2008 when they were asked to star in the Disney Channel original series “The Suite Life of Zack and Cody”.

Ever since then, Sprouse has been one of the most eminent Disney Channel names ever. Now, Dylan and his twin brother remain idols to pre-teen and teen audiences from all over the world and, he continues to star in television projects, as well as music videos and reality programs. 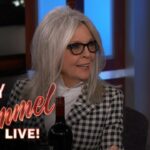 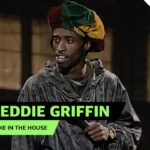