How much is Dustin Hoffman worth?

With tens of iconic movies in his filmography, Dustin Hoffman is a classically trained actor who went from taking staggeringly low paying roles to becoming one of the highest paid actors of the 80s, proving his worth in comedies and starring in billion dollar animated movies. He has worked with some of the greatest actors of all time, such as Meryl Streep and Robert Redford, and with the most bankable comedy actors ever, including Will Ferrell, Ben Stiller, and Adam Sandler.

Hoffman put his stamp on each decade and often played leading roles in movies that broke records, going on to win a closet full of awards, including two Oscars.

American actor and filmmaker Dustin Hoffman has an estimated net worth of $50 million dollars, as of 2022. Hoffman is known for his versatile portrayals of antiheroes and emotionally vulnerable characters.

Robert De Niro described Hoffman as “an actor with the everyman’s face who embodied the heartbreakingly human”.

Hoffman’s breakout role was in The Graduate, the Mike Nichols directed movie about a college graduate who falls for a much older woman. The Graduate is a debut that actors can only dream of, as not only did the film put more eyes on Hoffman, but it was more of a success than he could have ever imagined.

The movie became the highest grossing film of 1967, grossing $104.9 million. Which for 1967 was an incredible achievement. In 2022 dollars adjusted for inflation it is the equivalent to $883 million today. And that was earned from a budget of just $3 million ($25 million inflation adjusted).

Not only was it a commercial hit, but the movie won Best Picture at the 40th Academy Awards, is preserved in the U.S. National Film Registry, and is often regarded as one of the greatest movies of all time.

On the coattails of The Graduate’s success, Hoffman quickly became the go-to dramatic actor, starring in MidnightCowboy with Jon Voight, Papillon with Steve McQueen, and Kramer vs. Kramer with Meryl Streep. Kramer vs. Kramer was another tent pole movie for the Actor, as Hoffman received his first Academy Award for Best Actor.

Kramer vs. Kramer was another huge success as it became the highest grossing movie of 1979, making $173 million globally.

The 70s also saw the release of Straw Dogs, which wasn’t massively popular upon it’s release, but has since become a cult classic due to its controversial themes and overuse of violence for the time.

Movies such as I Heart Huckabees, Meet The Fockers, Finding Neverland, A Story of Unfortunate Events, and Mr. Magorium’s Wonder Emporium turned Hoffman in to a family favorite who would pull in hundreds of millions of dollars per movie at the box office.

With Hoffman being a big factor to The Graduate’s success and becoming the highest grossing movie the year of its release, the actor’s salary was just a fraction of the net profit. Hoffman earned only an estimated $17,000 for the role of Ben Braddock. However, that breakthrough role would open doors for the actor that would get him six and seven figure pay checks. Just a couple of years later, Hoffman’s role as Ratso in Midnight Cowboy earned him an estimated $400,000.

And in 1973, he earned his first million dollar salary in Papillon, making a total of an estimated $1.2 million.

Hoffman’s take as Ted Kramer in Kramer vs. Kramer helped him reach the next rung of financial success after that movie became the highest grossing film of 1979. It seemed like in the 1980s, every studio in Hollywood was bank rolling Hoffman as he was making an estimated five million dollars per movie. Which is a phenomenal amount when adjusted for inflation it comes to around $13 million per flick.

Though his salary for his more recent films are undisclosed, Hoffman is a part of two billion dollar franchises and each movie’s success would result in a much higher pay check for the actor. Joining the Kung Fu Panda series and starring in every entry, the franchise has made over $1.8 billion.

Hoffman also has a prominent role in the Fockers’ series, starring in Meet The Fockers and Little Fockers, and the total box office income of the series is over $1.1 billion. Because of these ridiculous figures, Hoffman will undoubtedly have made millions from these roles.

In the late 60’s, Hoffman filled out two of the three defining factors of a certified star. Though he’s on the shorter side, he is dark and handsome, sharing a likeness to Al Pacino. It wasn’t just his acting chops that got Hoffman some great roles, but it was also due to his dashing good looks that scored him major parts in western movies like Midnight Cowboy and romantic movies including John and Mary.

With being classically trained and acting on the stage for years before he ever started acting in movies, Hoffman’s dramatic acting is unlike anything on-screen in films today. As most actors working today come from a modeling or entertainment background with little dramatic acting experience, Hoffman often steals the show when playing supporting roles.

As Hoffman is most acclaimed for his dramatic roles and in the 1980s, it would have been hard to picture him in anything else, but the actor showed that he had range and comedy chops by starring in comedies in the 2000s. Not only did he prove he was funny, but he gradually shifted to starring in more comedies than dramas, as Hollywood stopped producing the kinds of movies Hoffman became famous for.

His ability to let his dramatic guard down and act wacky in movies like Little Fockers, and being able to act on the shifts in Hollywood is a big factor to Hoffman’s success and why he is still relevant today.

Due to having such a dynamic range and performing in movies on totally different sides of the Hollywood spectrum, Dustin Hoffman now has an estimated net worth of $50 million. In the coming months, Hoffman will be starring in the upcoming movie As Sick As They Made Us, which is written and directed by The Big Bang Theory star, Mayim Bialik. And with not having anything more to prove in his storied career, Hoffman has returned to where he first cut his teeth in acting, the stage. It is his first time performing on stage in 30 years, with his last performance being in Death of a Salesman in 1989. 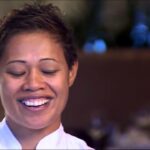 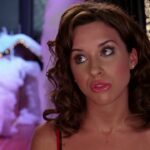