How much is Drew Carey worth?

Drew Carey was brought up in Cleveland Ohio and was the youngest in his family. He went to St. James Ford Rhodes while attending school, where he joined a band with Drew playing the trumpet. He attended Kent State University for three years. In 1980 he enlisted in the Marine Corps Reserve. He served in the Marine for six years.

Drew Carey began his comedy acts in 1985 after a suggestion from his friend David that he borrow books on writing jokes from the library. The following year after winning a contest, he became a master of ceremony at a Cleveland Comedy Club. He continued performing in clubs in Los Angeles and Cleveland over for a couple of years.

American actor, comedian, and game show host Drew Carey has an estimated net worth of $200 million dollars, as of 2023. He gained stardom in through his sitcom, The Drew Carey Show.

Drew Carey first gained recognition nationally as a comedian after appearing on Star Search, a talent competition show, in 1988. He also appeared on shows like The Tonight Show with Johnny Carson, and the Late Night Show with David Letterman.

Carey’s early success in comedy landed him supporting roles in the films Coneheads and Freaky Friday. On television he first appeared on the shows The Torkelsons for a single episodes, followed by appearing in 13 episodes of The Good Life. While he was paid very little for these first appearances they allowed him to live and work as a professional actor.

After Good Life was canceled, Drew Carey was hired by Bruce Helford who was a writer for the sitcom. Carey became a consultant of the television show Someone Like Me. After working together on that television show, Bruce and Drew came up with the story line of The Drew Carey Show.

The sitcom revolved around a dramatized version of Drew Carey. In September 1995 the show premiered on ABC and earned high ratings for its first seasons. The show ran for nine years and it had 233 episodes in total. It finally got canceled because of low ratings and increased production costs in the early to mid-2000s. At the height of the show, between 2001 and 2004, Carey earned $750,000 per episode. Believe it or not, but that inflation-adjusted $1.2 million made him one of the highest paid on TV at that time.

While still featuring in the Drew Carey Show, in 1998 he started getting involved with other projects such as the improvisational show Whose Line is it Anyway?. On this show he played combined roles, both as a host and as a contestant. He had many duties including announcing the guests, directing the games, and participating in the final games of every episode. The show-stopped broadcasting in 2006, Drew Carey appeared in 214 episodes.

Carey increased his fame, and his earnings, when he began hosting game shows. His first appearance was a pilot CBS game show Power of 10 from August 2007 to January 2008. Previously, in 2006, CBS contacted him regarding replacing Bob Baker to become the host of The Price is Right. He recorded his first episode in August 2007, and it aired in October 2007. Drew Carey successfully hosted the show and in 2017 he celebrated his 10th anniversary as the show’s host.

Drew Carey still hosts The Price is Right in 2022 and is paid an annual salary of $12.5 million dollars per year.

Apart from being a stand-up comedian and a games show host, Drew Carey has also earned money from commercials that he has appeared in. He had a 2-year contract with A&W foods of Canada, when it was terminated in November 1998 he sued the company for his dismissal. In 1999 he was featured in an attraction called Sound Dangerous by Walt Disney.

At his peak, Drew Carey was one of the highest-paid entertainers in the world. In 1998 alone he earned $45 million from his various endeavors. That’s the same as around $70 million today after adjusting for inflation. Between 2001 and 2004 he earned $750,000 per episode of The Drew Carey Show. That’s the same as earning around $1 million per episode today. He filmed 79 episodes at that rate, which works out to $59,250,000 (before inflation) for those last three seasons. He earns $12.5 million per year hosting The Price is Right. That’s enough to make him one of 20 highest-paid TV hosts in the world.

Outside of his acting and TV hosting career, Drew Carey has earned more money besides. He has earned royalties from his book Dirty Jokes and Beer that he published in 1997. He is also a minority shareholder of the Seattle Sounders team. Though he is not involved with its day to day operations, he has an entitlement of a share of profits made by the team as per share dividends.

While the exact amount of money Carey paid for his purchase of the equivalent of 7.5% of the company’s shares is unknown. What is known, is that in June 2022, when new investors purchased shares in the company. They did so at a valuation of $680 million dollars, making Carey’s holdings valued at $51 million.

Drew Carey has had incredible success in the entertainment business and earned more money besides in investments. He says that a major breakthrough for him was being invited to the couch opposite Johnny Carson. Before that, he has said that he never had much faith in himself and he had struggled with depression for many years. However, after being introduced to America on the show. He realized that these things didn’t scare him anymore, that there was no need to be afraid, and those moments gave him the confidence he needed to move forward in his career.

Drew Carey is a naturally empathetic person that is focused on constantly improving himself. He is not overshadowed by fame and fortune and he tries to incorporate what he learns into his work. Carey reads everything that can help him be a better person in life and practices it. He has read many self-help books and he says they have helped him succeed both in his career and general life.

Drew Carey has earned phenomenal salaries for his TV work, including $12.5 million dollars per season for The Price is Right, and has also earned from producing, acting, writing, directing and the many appearances that he has made as himself, including in advertising. In total, it is estimated that Carey’s career earnings are at around $235 million dollars.

After tax, it is estimated that Carey’s total income has been $124.55 million, having paid $110.45 million dollars (47%) in taxes. That is, having lived between Los Angeles and New York during his career.

Drew Carey has not married and has no children. He has kept his load light but still has suffered some health troubles undergoing coronary angioplasty in 2001, while he was working on The Drew Carey Show. He has since been on a strict diet and exercise plan and lost weight as well as improved his overall health.

Drew has been philanthropic with his wealth, donating around an estimated $1-3 million dollars. He has also likely spent on himself and others a total of around $8-12 million dollars of his career earnings.

In terms of investing his money, he has bought and sold certain properties. However, he has earned far more from his early investment into the Seatle Sounders F.C. Major League Soccer team. His share has been reported to be in the region of 7.5% and worth a total of $51 million.

It also stands to reason that Carey has at this stage in his life earned very well from investments made elsewhere, like in the stock market and from his real estate. While this information has not been made public it is estimated that, with earnings like Carey’s, he will be up on his investments by at least $40 million, maybe more. Overall, however, and being conservative, it is estimated that Drew Carey’s net worth is around $200 million dollars.

Drew Carey is a famous stand-up comedian, actor, and television host who has had the distinction of having two television shows run simultaneously, Drew Carey Show and Whose Line Is It Anyway?. These two shows were huge successes making him among the highest-paid TV entertainers in the late 90s. He has also had a successful career as a game show host. He has hosted The Price is Right from 2007 after replacing its previous host Bob Baker and has earned over $100 million dollars from the show and its spinoffs to date.

Apart from his many ventures in comedy and television shows Drew Carey has donated money and time to keep libraries open. He has an interest in libraries because that is where he got material for his first routine as a stand-up comedian. In the public eye, he has been termed as lovable old Drew donning his trademark spectacles. 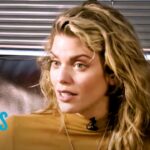 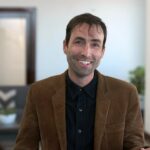