How much was Dr. Seuss worth?

Interestingly enough, Dr. Seuss was never really a doctor, and he used the Dr’ as his father often pressured him to study medicine. However, his lack of studying didn’t stop the writer from becoming insanely successful and reaching almost rockstar levels of fame.

Dr. Seuss, born Theodore Seuss Geisel, was a children’s author and cartoonist who became known for illustrating his own hugely successful books that continue to sell hundreds of thousands of copies every single year. Seuss became extremely prolific as the pseudonym of Dr. Seuss was known universally. By 1990 he had over 60 books under his belt, with a total of 600 million copies having been sold and many of them getting translated in to over 20 languages.

The prolific writer quickly started his career after graduating college, writing and illustrating for several massive publications such as Vanity Fair and Life. Though Seuss was to become an auteur influencing hundreds of writers with his unique writing style, at this point he was writing political sketches.

American children’s author, political cartoonist, illustrator, poet, animator, screenwriter, and filmmaker Dr. Seuss had an estimated net worth of $60 million dollars at the time of his death, in 1991. He is best know for “The Cat in the Hat” book series.

It was after World War II when Seuss started penning children’s books at a remarkable pace with some of his classics including If I Ran The Zoo, Horton Hears a Who, and If I Ran The Circus, with many of them being adapted for film, television, Broadway musicals, and now, streaming services. However, a major tent pole in the 50s for the writer was in 1956 with the release of The Cat In The Hat, the most popular of Seuss’ releases.

The “doctor” was asked to pen a novel that contained 250 words that Ellsworth Spaulding, the education director of a textbook publisher, believed all first graders should know. It was a reaction to a report that was published by Life magazine that there was a lot of illiteracy present in schools at the time because the books aimed at that age group were boring. This is when Seuss turned in the first-grader page-turner, The Cat In The Hat. It featured most of those 250 words with the classic Seuss rhyming patterns, imaginative illustrations, and of course, Seuss’ unique creativity.

Though the writer unfortunately passed away almost 30 years ago in 1991, Seuss has lived on through popular movie adaptations of his novels, with many of them reaching major commercial success as they featured bankable movie stars. The first film adapted from Seuss’ whimsical books was 2000’s How The Grinch Stole Christmas starring Jim Carrey, and on the heels of that movie’s success came The Cat In The Hat adaptation with Mike Myers.

Following those live action movies, as CGI developed in the late 2000s, the adaptions became fully animated with The Lorax, Horton Hears A Who, and CGI version of The Grinch.

Warner Bros. are also currently developing an animated version of The Cat In The Hat, likely to be released in 2023.

Each and every one of Dr. Seuss’ novels sell thousands every year. Most famously, The Cat In The Heart is a staple of every American household as it sells hundreds of thousands of copies every year because parents use it to help their children learn to read. Similarly, One Fish, Two Fish, Red Fish, Blue Fish sells hundreds of thousands of copies yearly too, as it also helps parents and teachers get their kids’ to develop their reading skills.

The Seuss estate is now worth dozens of millions after the financially successful movie adaptations, which is what has made the estate the most wealth. The first movie, How The Grinch Stole Christmas made $345.1 million at the worldwide box office in the year 2000. That’s the equivalent of  $563.4 million in 2022 dollars after adjusting for inflation.

The animation studio, Illumination, turned the movies in to cash cows with their simple animation at a low budget but highly appeasing to children. This culminated with The Grinch (2018), which had a budget of just $60 million but went on to earn over half a billion dollars worldwide!

There are many traits you can find in Dr. Seuss’ books that other children’s writers have often tried to replicate, but they have never found the same success. The writer’s books also come with large dollops of surrealism, and until Seuss came along, surrealism had barely ever been present in children’s writing. Even in books aimed at teaching kids, such in One Fish, Two Fish, Red Fish, Blue Fish, there is a bird that lives in a character’s ear.

As most books aimed at kids have always been riddled with morals, Seuss makes a point of writing a story without the idea of a moral, stating that children are smart and they can see a moral coming a mile off, and that there are always morals in any story. However, Seuss does incorporate many social issues in his books quite clearly, such as environmentalism in The Lorax, how Christmas is more important than just presents and food in How The Grinch Stole Christmas, and racial equality in The Sneetches.

Of course, it isn’t just the story and the words that create Dr. Seuss’ strange and surreal worlds, but it’s the imagery too. Though art aimed at kids has always had some degree of wackiness to it, the doctor’s art is unlike any other in children’s books. Whether it’s a living thing or machinery, which Seuss had always loved drawing, the illustrations would be round and droopy. This is true for the character designs too, with Horton, Grinch, and The Cat In The Hat; they all have this identifiably Seuss look.

Dr. Seuss’ work will live on for decades to come as it’s unlike anything else you can currently find on book shelves due to the refreshing artwork and the delirious storytelling. It is no doubt that dozens of his releases will see new adaptations in movies and in television. Most recently, the writer’s spirit lives on through the newly released animated series, Green Eggs and Ham, which you can stream on Netflix, and in the coming years, an animated movie of The Cat In The Hat will be produced and released in theaters. 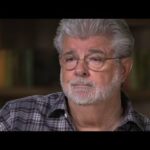 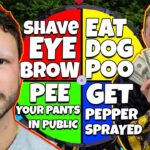