How much was Donna Summer worth?

Donna Summer was an American singer and songwriter who gained prominence during the disco era of the late 1970s. A five-time Grammy Award winner, Summer was the first artist to have three consecutive double albums reach number one on the United States Billboard album chart and charted four number-one singles in the United States within a 13-month period. Summer is estimated to have sold 130 million records worldwide.

American singer and songwriter Donna Summer has an estimated net worth of $70 million dollars, at the time of her death in 2012. Summer gained prominence during the disco era of the 1970s and became known as the “Queen of Disco”.

Summer and her family moved from Sherman Oaks, California, to Nashville, in 1995, when she took time out from show business to focus on painting, a hobby she began back in the 1980s. Also in 1995 Summer’s mother died of pancreatic cancer; her father died of natural causes in December 2004.

After returning to the United States, Summer co-wrote the song “Love to Love You Baby” with Pete Bellotte. Music producer, Giorgio Moroder, convinced her to sing it herself, and it was released in 1975 to mass commercial success, particularly on the disco scene. Over the following years Summer followed this success with a string of other disco hits, such as “I Feel Love”, “MacArthur Park”, “Hot Stuff”, “Bad Girls” and “No More Tears (Enough Is Enough)”. Becoming known as the “Queen of Disco”, she regularly appeared at the Studio 54 club in New York City while her music gained a particularly large following within the gay community. Struggling with depression, she subsequently became a born-again Christian in 1980.

Summer died on the morning of May 17, 2012, at her home in Naples, Florida at the age of 63. She was diagnosed with lung cancer not related to smoking. She believed she developed the illness by inhaling toxic particles following the 9/11 terrorist attacks in New York. Summer is survived by her husband, Bruce Sudano, and her daughters, Brooklyn, Amanda and Mimi. Her funeral was held in Nashville, Tennessee, on May 23, 2012. She was buried in Harpeth Hills Memory Gardens Cemetery in Nashville, Tennessee. 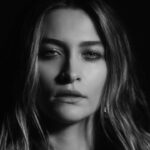