How much is Donna Brazile worth?

Who is Donna Brazile

Donna Brazile is an author and political analyst and strategist who managed Al Gore’s 2000 presidential campaign. She was the first African American to manage a Presidential candidate’s campaign. Her success in many fields brought her considerable wealth.

Donna Brazile’s net worth is estimated to be about $4 million as of 2023.

Brazile, one of nine children to Jean Marie (Brown) and Lionel Joseph Brazile went to Louisiana State University and earned a bachelor’s degree in industrial psychology. She became reportedly interested in politics at the age of nine when a local candidate for office promised to build a playground in her neighborhood.

As a political strategist, Brazile ran several election campaigns for Democratic politicians. She also served at the Democratic National Committee between the years 2011 and 2016 and prior to that as a superdelegate for Bill Clinton and Al Gore.

Donna Brazile has taught at several universities, such as the University of Maryland and Georgetown University, and was a fellow at the Institute of Politics at Harvard University’s John F. Kennedy School of Government. Brazile is often invited on various TV shows as a commentator, especially on political issues. Fun fact: Brazille guest-starred in one episode of House of Cards.

In 2020, we estimate that Donna Brazile’s net worth is estimated to be $4 million. Her wealth came primarily from the political campaigns she managed, the sale of her books as a successful and respected author and contributions as columnist for various news outlets. 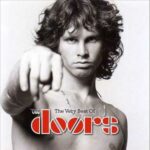 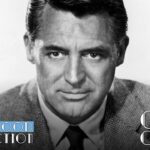