They were one of the ultimate rock bands from the 1980s and staples of MTV, when they used to show videos. They’re a little bit pop with their catchy songs but mostly their guitar sound was influenced by folk-blues rock. Led by Scottish-born singer and lead guitarist Mark Knopfler, the band also featured John Illsley on bass guitar, Terry Williams on drums, Alan Clark on keyboards, Guy Fletcher on keyboards and backing guitar and Hal Lindes on rhythm guitar and backing vocals. But the primary driver of the band’s sound was Mark Knopfler.

British rock band formed in London in 1977 Dire Straits had a net worth of $125 million dollars at the time of their disbandment in 1995. Dire Straits are one of the world’s best-selling music artists, with album sales of over 100 million.

More Information on the Dire Straits

The band has always been known for its own unique sound rather than being labeled as arena rock or punk rock from era in which the band first emerged. Knopfler experimented quite a bit over the course of many albums and even added in a few jazzy notes here and there. Although Knopfler is left-handed, he plays the guitar with his right hand and opts for what is called fingerpicking rather than using a plastic pick to strum the guitar. Usually, this is only used when playing an acoustic guitar, but he does this on a electric as well. He does, on occasion, use a pick when the rhythm guitar is a song’s focus.His favorite guitars are the Fender Telecaster and Stratocaster. He even has his own Fender Stratocaster named after him aptly called the Mark Knopfler Artist Series Stratocaster. He has also enjoyed playing the Gibson Les Paul both on stage and in the studio.

He also uses a wide range of pedal effects when performing. These include the Master Room Reverb, MXR Analog Delay, and the Deltalab Digital Delay. He also creates unique sounds by using various amplifiers and cabinets. With these effects, he has been able to move easily from a folk-country song like “So Far Away,” which has a little bit of a twang to the more guitar rock god sound of “Money for Nothing.”

While the band is now a side project for Mark Knopfler, he spends most of his time doing film scores and exploring his guitar playing in the genre of country bluegrass music. But no matter where the band goes from here, they’ll always be one of my favorites.

This Dire Straits Net Worth profile originated at WealthyGenius.com 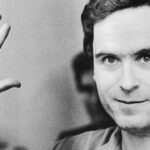 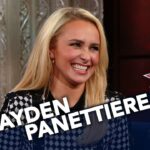