Ivory Coast striker Didier Drogba is a real handful for defenses with his pace, strength, shooting and heading.

His career at Chelsea started slowly after he moved to Stamford Bridge in 2004, but he transformed into one of the most feared strikers in the world game.

Detractors will point to his histrionics on the pitch, but many geniuses have their flaws and a penchant for diving should not deflect away from his irresistible attacking attributes.

Ivorian retired professional footballer Didier Drogba has a net worth of $95 million dollars, as of 2021. Drogba played as a striker. He is the all-time top scorer and former captain of the Ivory Coast national team.

Off the pitch, his role as a Goodwill Ambassador for the United Nations Development Programme (UNDP) can only help raise awareness of African issues.

Where it all Began:

Drogba moved between the Ivory Coast and France in his early life, living with his parents in his homeland and his uncle in France.

After playing for semi-professional club Levallois, Drogba became an apprentice at Le Mans, but enjoyed only moderate success, finding it hard to adapt to the life of a professional player. “Tito” (a nickname he acquired from his mother who greatly admired Yugoslav revolutionary Josip Broz Tito) was to break two metatarsals, a fibula and an ankle before making a recovery.

Guingamp swooped for Drogba in the 2002 January transfer window after scouting him for some time. His only full season with the club saw him score 17 goals in 34 league games.

Marseille signed the player in July 2003. In the space of just 18 months he had progressed from being a Ligue 2 substitute to the center forward of a French superpower.

Drogba spent just one season at the Stade Velodrome, but he discovered a city enamored with the game, desperate to relive past glories. The Ivorian found his feet quickly, as talk of “Drogba dependence” swept through the soccer community.

Nineteen goals in 35 Ligue 1 matches lit up the Velodrome, while the striker was integral in the team’s run to the Uefa Cup final with six goals. Such form persuaded Chelsea manager Jose Mourinho to shell out on the player.

New Life at the Bridge:

Although sidelined by a stomach injury in his first season, Drogba’s 10 league goals helped the Blues claim the title for the first time in 50 years. His influence only grew over the years, and in total he helped the club to a Champions League, three Premier League titles, four FA Cups and two League Cups. Twice African Player of the Year, Drogba finished as the Premier League’s top scorer in the 2006-07 and 2009-10 seasons.

He routinely proved a menace to Premier League defenses, using his considerable physique to bully stunned center-backs into submission. Arsenal’s defense, in particular, were simply unable to deal with Drogba’s strong hold-up play.

Drogba scored the winning goals in the 2007, 2010 and 2012 FA Cup finals, and netted a vital late header in the 2012 Champions League final against Bayern Munich. That took the game into extra-time and it would be the Ivorian who scored the winning penalty in the shoot-out as Chelsea won the competition for the first time.

Drogba is the Ivory Coast’s top scorer and a national icon. At a time when African soccer is attempting to make a lasting impression on the world game, players such as Drogba are a precious commodity with their European experience and substantial reputation.

Big personalities like Drogba can only boost the African game, and he has excelled for Ivory Coast since making his debut in 2002.

In 2006 he captained the national team to their second African Nations Cup final and also helped them qualify for their first World Cup.

Drogba scored once at the 2006 and 2010 World Cups but could not prevent his side going out in the group stages.

This Didier Drogba Net Worth profile originated at WealthyGenius.com 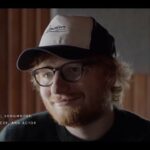 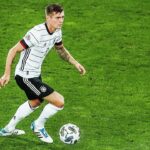