How much is Diane von Furstenberg worth?

Who Is Diane von Furstenberg

Diane von Furstenberg is one of the world’s most iconic fashion designers in the world, known as ‘DvF’ she became a household name as with the creation of her classic “wrap dress.” Diane was once married to Italian Prince Egon von Furstenberg.

Belgian fashion designer Diane von Furstenberg has a net worth of $1.3 billion dollars, as of 2021. Best known for her wrap dress, yet it was when she married into the House of Fürstenberg that she became a member of the highest class in Germany.

Born in 1946 as Diane Simone Michelle Halfin in Brussels, Belgium. Diana’s parents were a well-to-do Jewish couple, Leon and Liliane Nahmias Halfin, who Diane recalls as providing her with a comfortable childhood in post-war Europe. Diane credits her mother, Liliane, who is a Holocaust survivor, as the one who taught her confidence and instilled in her a strong sense of self-worth.

“She was extraordinary. She survived the camps at the age of 22, she taught me only to look at positive things no matter what happens. When she talked about the camps, she talked about the camaraderie. I think she was trying to protect me. She only weighed 49 pounds when she came out, but I was born 18 months later. I was her victory,” Diane told The Independent in 2008.

Diane traveled, attended finishing schools across the breadth of Europe from Switzerland, Spain and England and finally in 1965 enrolled in the University of Madrid. In 1966, Von Furstenberg transferred to the University of Geneva, where she met her future husband, Prince Egon von Furstenberg, heir to the Fiat automobile fortune and a fashion designer himself.

With the encouragement of Prince Egon, Diane apprenticed with Italian textile manufacturer Angelo Ferretti in 1970. As the new Princess von Furstenberg, Diane sought to get established designers in New York interested in her simple designs.

During this time period she was designing out of the dining room of her Park Avenue apartment, while surrounding herself with images of the fashion lines of designers Bill Blass and Dianna Vreeland for inspiration.

When asked by the New York Times in 1977 why she began to design clothing as she had no financial need thanks to her royal marriage, Diane replied “The minute I knew I was about to be Egon’s wife, I decided to have a career. I wanted to be someone of my own, and not just a plain little girl who got married beyond her desserts.”

With the help of entrepreneur Richard Conrad and a sizable loan from her father, Diane established her own manufacturing business in 1972. Soon after von Furstenberg opened a Seventh Avenue showroom. During this time period she designed her popular garment – a sweater dressed named “Angela” after the famous black activist Angela Davis who inspired it.

Her ever classic wrap dress came into existence after she saw former-President Nxon’s daughter Julie Nixon Eisenhower on TV wearing a pairing of her wrap top with her wrap skirt. The glamorous effect that the pairing had together led Diane to combine them into a single dress.

In the mid 1970’s von Furstenberg’s “wrap dress” totally changed American women’s apparel. It was first of a ‘modern’ kind of dress, a dress that was versatile enough to be a business garment or an chic evening gown. In 1975 alone, Diane was manufacturing 15,000 wrap dresses a week and in 1976 she had sold over 5 million wrap dresses. It is not surprising that this success landed her on the cover of Newsweek and The Wall Street Journal.

“I had a very down-to-earth product, my wrap dress, which was really a uniform. It was just a simple little cotton-jersey dress that everybody loved and everybody wore,” she told New York Magazine in 1988. “That one dress sold about 3 or 4 million. I would see 20, 30 dresses walking down one block. All sorts of different women. It felt very good. Young and old, and fat and thin, and poor and rich.”

By the end of the 1970’s Diane von Furstenberg had successfully designed a dress that captured the spirit of women’s liberation movement and became herself an icon of female empowerment for a whole generation.

“It’s more than just a dress; it’s a spirit,” Von Furstenberg told The Independent in 2008. “The wrap dress was an interesting cultural phenomenon, and one that has lasted 30 years. What is so special about it is that it’s actually a very traditional form of clothing. It’s like a toga, it’s like a kimono, without buttons, without a zipper. What made my wrap dresses different is that they were made out of jersey and they sculpted the body.”

As she became a regular at the New York party scene hotspot Richard Gere, Warren Beatty and Ryan O’Neal.

In 2010 Diane fulfilled a life-long dream of working with London hotel Claridge’s. Von Furstenberg designed a series of rooms and suites for the landmark hotel. The partnership marked a new phase in Diane’s love affair with the hotel whose Art Deco theme inspired her past collections.

“One of my fondest memories was when I was in London as a young, independent businesswoman and stayed at Claridge’s. I knew I had made it,” she told The New York Times. “To me, Claridge’s is the most glamourous hotel in the world; I regard it as my home away from home. I am honoured to become part of the hotel’s legacy and rich design history.”

She showcased a new line in 2011 called Diane which featured some of her more popular vintage prints in a ready-to-wear line and in accessories. The new line Diane is available exclusively through the Diane von Furstenberg stores. 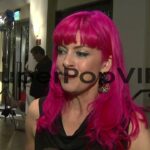 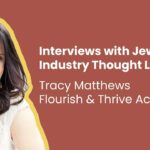