Denny Hamlin started racing at seven years old (1988) by winning his very first race. He went on to master the karting world ending his karting career with 127 feature wins.

Since then Denny has worked his way up quickly. He entered NASCAR’s three top touring series in 2004 with a handful of starts in the Busch and Craftsman Truck Series. Hamlin scored impressive top ten finishes in each series.

His first full season came in the 2005 Busch Series campaign. Although Denny Hamlin did not score any wins he finished fifth in points.

Hamlin’s first NASCAR NEXTEL Cup start also came in 2005 as Joe Gibbs was preparing him for a move to the big series full time in 2006. Denny made seven NEXTEL Cup starts in 2005 for Joe Gibbs. Hamlin managed three top tens and one pole in those seven races.

Expectations are high for this young man. His flash of brilliance in 2005 set the bar extremely high and he came out swinging in 2006. Denny Hamlin began his rookie NEXTEL Cup season by winning the 2006 Budweiser Shootout in Daytona. He then backed that up with two more NEXTEL Cup victories that year.

Denny Hamlin is incredibly talented and is hooked up with a top caliber team. The sky is the limit for this young NASCAR Sprint Cup star.

This Denny Hamlin Net Worth profile originated at WealthyGenius.com 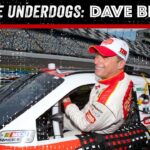 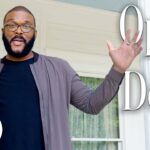