How much is Dennis Quaid worth?

Dennis Quaid is an American actor well-known for the range and variety of the roles he has played throughout his career. He has been cast in both dramatic roles and in comedy and light-hearted parts.

Dennis Quaid was born in Houston, Texas in 1954. His older brother Randy Quaid is also an actor. Dennis was interested in drama and dance as a youngster, and studied the subjects at high school and university. He dropped out of university to pursue a career as an actor in Hollywood.

Once the young Dennis arrived in Hollywood he struggled to find regular work, until, in 1979 he landed a role in the film Breaking Away. He made an impact in this film, and subsequently found roles easier to get. With his trademark infectious grin marking him out from other actors, Dennis began to get leading roles.

American actor Dennis Quaid has an estimated net worth of $25 million dollars, as of 2022. Quaid has been named one of the best actors never to have received an Academy Award nomination, by The Guardian.

In 1981 he starred in The Night the Lights Went Out in Georgia and in 1983 starred in Jaws 3-D. Also in 1983 he took on the role of Gordon Cooper the astronaut in The Right Stuff which gained him valuable critical acclaim. Further starring roles followed in films like Dreamscape, Enemy Mine, The Big Easy and Innerspace.

Perhaps his most memorable role during the early years of his career was when he portrayed Jerry Lee Lewis in 1989 in Great Balls of Fire! As a musician himself, Dennis was able to cope easily with the part, and received good, solid reviews of his performance.

During the mid 1990s, Dennis was struggling with the condition anorexia nervosa which he developed as a result of having to lose 40 pounds to play the part of Doc Holliday in the 1994 movie Wyatt Earp with Kevin Costner. At the same time, he was fighting to overcome a cocaine addiction which he managed to beat. He continued to work and in 2002 made Far From Heaven, for which he received a string of awards and nominations. Blockbuster films followed such as The Day After Tomorrow , The Flight of the Phoenix and G.I. Joe: The Rise of Cobra.

In the 2010s Dennis added Legion, Footloose, Movie 43 and The Pretenders to his list of films, along with many other movie roles.

In 2010 he played a stand-out role when he portrayed President Bill Clinton in The Special Relationship. He is due to play his second United States President in 2020 when he portrays President Ronald Reagan in a biopic to be called Reagan. Shooting for this movie has been delayed because of the Covid-19 pandemic.

Dennis has also appeared in a number of TV series and movies. Notable among these was an appearance in one episode of Spongebob SquarePants where he had a voice role. He also appeared in 21 episodes of the series Vegas as Sheriff Ralph Lamb.

Dennis Quaid is estimated to currently have a fortune of $25 million. In 2018 he is reported to have been earning an estimated $1.3 million per year from his film work.

He has one property in the Pacific Palisades area of Los Angeles. Reportedly he also has a ranch in Montana

Dennis entered the acting profession as a result of his brother, Randy, having success as an actor. Randy was known well enough for Dennis to get some introductions in Hollywood, and although he found the first few years challenging, he worked every year from 1975 when he arrived in Tinsel Town.

There is no doubt that Dennis is a talented actor, with the ability to take on a wide range of roles. He has worked continuously throughout his career, which is a tribute to his popularity, talent and work ethic. He certainly has star quality, and this has made him a frequent choice for leading roles.

Dennis bases his life on Christian principles, and while he has explored other religions, and views other religions with tolerance, he remains a Christian first and foremost. His beliefs mean that he thinks we should each treat everyone else with respect and tolerance. Showing respect to others makes it more likely that you will be shown respect back.

If you want success, Dennis Quaid advises that you will need to make your own luck. Breaks in life come to those who work to create them. Those who are idle will not get the chances in life that hard working people get.

Dennis Quaid is a successful, popular actor, who has kept working throughout his career. He loves the work he does, and that is something we should all do. Love our work so we get better at it, and so more successful. 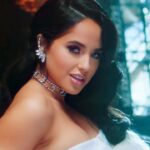