There’s fast, and then there’s Demetrious Johnson. But speed and striking skills are hardly the whole story on him. We’re talking about an upper level wrestler as well. And that’s why he’s a name to be reckoned with in the UFC’s flyweight division.

American mixed martial artist Demetrious Johnson has a net worth of $7 million dollars, as of 2021. Johnson currently competes in ONE Championship. He is the inaugural and former UFC Flyweight Champion.

Beyond the aforementioned, Johnson also managed to place in the states during both his junior (3rd) and senior (2nd) years in high school wrestling.

The early years were not easy on Johnson. According to a Sherdog.com article, Johnson was raised by a deaf mother and abusive stepfather. As for his real father, he had the following to say.

“I’ve never seen a picture of him, not a glimpse, nothing.”

Johnson made his professional MMA debut at the AX Fighting Championships 16: Annihilation on April 28, 2007, defeating Brandon Fieds by first round KO. Along with this, he won his first 10 fights until the WEC came calling on April 24, 2010, when he lost for the first time against Brad Pickett. In the end, Johnson simply gave up too much size to Pickett. Along with this, after the WEC was gobbled up by the UFC, and Johnson lost a decision to UFC Bantamweight Champion Dominick Cruz, he dropped down to flyweight, engaging in the UFC’s flyweight tournament to crown a champion for their new division.

Johnson presents a frenetic pace against opponents. He is fast and adept on his feet. He is a solid wrestler as well, born from his early years. Most importantly, in every way, shape, and form, Johnson is clearly a very good athlete.

Heck, the guy can even submit you if you give him the chance.

Johnson is married to Destiny Bartels. As he once told Bloody Elbow, “I have a very supportive wife.” http://www.bloodyelbow.com/2012/6/5/3064828/ufc-on-fx-3-demetrious-johnson-my-mind-is-my-biggest-weakness

This Demetrious Johnson Net Worth profile originated at WealthyGenius.com 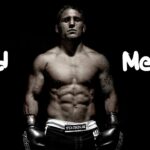 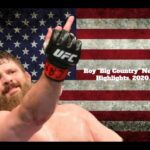