How much is Dean Martin worth?

Dean Martin is the stage name of Dino Paul Crocetti. He was an American actor, comedian, recording artist, and singer that’s regarded as one of the most popular and enduring entertainers of the 20th century. Thanks to his funny personality, charisma, self-assurance, spectacular acting, and singing, he quickly obtained the nickname “The King of Cool”.

American singer, actor, and comedian Dean Martin had a net worth of $40 million dollars at the time of his death, in 1995. Martin was nicknamed “The King of Cool”, he was one of the most popular and enduring American entertainers of the mid-20th century. Martin gained his career breakthrough together with comedian Jerry Lewis, billed as Martin & Lewis, in 1946.

How Did Dean Martin Get So Rich?

Being a television superstar helped Dean Martin become one of the highest-paid artists in America during his time. After spending several years with the opera tenor Nino Martini, the Ernie McKay orchestra, and other musicians, he began singing professionally in 1943 and developed the stage name Dean Martin. Two years later, while working at the Glass Hat Club in New York City, Martin met Jerry Lewis with whom he became friends and decided to collaborate on some music projects.

The two quickly caught the attention of various labels and film companies such as Paramount with which they signed in 1948. They had their own radio program titled “The Martin and Lewis Show”, which aired on NBC Radio from April 1949 to July 1953, thanks to which they earned a little over $200.000. 1949 also marked their film debut as they both starred in the comedy “My Friend Irma”. Throughout the next couple of years, they created and appeared in 17 box-office hits, with some of them being “Jumping Jacks”, “The Stooge”, “Scared Stiff”, “The Caddy”, “That’s My Boy” and “Sailor Beware”. By the time the duo split up (in 1956), Martin was already a millionaire worth over $10 million.

Dean Martin became famous when he formed the duo, Martin and Lewis, with his friend and fellow comedian Jerry Lewis in the mid-1940s. He was born on June 7, 1917, in Steubenville, Ohio. His father is Gaetano Crocetti, a well-known Italian and his mother is Angela Crocetti, an Italian-American. Dino has an older brother named William, that was born in 1916. He struggled to speak English until he entered the Grant Elementary School where he was able to learn it.

During his childhood, inspired by his vocally-strong father, Martin decided to try out and follow a music career. He dropped out of the Steubenville High School in tenth grade and began working various jobs to support himself such as croupier, steel mill worker, liquor bootlegger, blackjack dealer, and even welterweight boxer. During his late teenage years, billed as the “Kid Crochet”, the young boxer was able to score 11 of his 12 bouts. Eventually, in the early 1940s, he landed a job at the Ernie McKay Orchestra, where he got his big break.

The success of The King of Cool comes from his tremendous acting and singing abilities. Throughout his acclaimed career, the incredible recording artist released over 108 singles, 33 studio albums, 30 compilation albums, 5 box sets, 3 retrospective live albums, and 1 extended play. Although not all of his music projects were able to earn gold or platinum certification, they did boost Martin’s popularity thanks to his crooning, relaxed, and warbling voice. Among some of the chart-topping hits that brought him international fame are “Everybody Loves Somebody”, “Memories Are Made of This”, “That’s Amore”, “Sway”, and “Voltaire” to name a few.

As for himself, this television superstar has had many performances. He was a regular cast member of “The Colgate Comedy Hour” from 1950 to 1955, until eventually, he landed his own show titled “The Dean Martin Show”. The NBC comedy series aired from September 1965 to April 1974 for a total of 264 episodes and earned Dean Martin his first Golden Globe Award in the category “Best Television Star”. Just a few months after it concluded, a second television special was announced starring Dean Martin – “The Dean Martin Celebrity Roast”, which was just as successful and aired for ten years, from October 1974 to December 1984.

Dean Martin is one of the most established actors and artists of the 20th century. The Hollywood star broke through in the 1940s and quickly became a fan favorite to millions from around the world. Worth more than $50 million, Dean Martin has created music that has been featured across the popular culture for decades. Apart from starring in nearly 100 film and television productions, he also hosted his own talk shows that brought him a prestigious Golden-Globe Award. 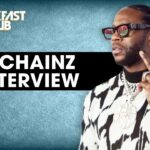 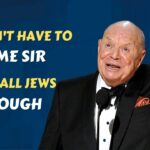