How much is D.C. Young Fly worth?

Who Is D.C. Young Fly

DC Young Fly, born John Whitfield, is an American musician, rapper, comedian, and television personality. Whitfield, born on May 2, 1992 in the city of Atlanta, Georgia is approximately 5’11” and currently has two children, Nova and Nala Whitfield. Ms. Jacky O, fellow actress and comedian, is the mother of both children. The two stars appeared together on the acclaimed television show Wild ‘N’ Out, which airs on MTV, MTV2, and VH1.

Whitfield is the youngest of seven children.

How Did D.C. Young Fly Get So Rich?

DC Young Fly’s total net worth is estimated at approximately $2 million. His annual revenue streams from various sources, including his active YouTube channel which currently has more than 3 million subscribers. Sources estimate that his YouTube channel alone grosses approximately $50,000 a year through advertising dividends paid out by the platform. The young star is said to charge between $30,000 and $50,000 per personal appearance and speaking engagement. It is not known how much he makes per episode of Wild ‘N Out, though he is the most followed member of the cast on social media and sources estimate that he may be among the highest paid crew members. Undoubtedly, royalty fees paid out by big-name music streaming apps for the right to play Trap Soul also contribute to his wealth.

Almost Christmas, a movie in which DC Young Fly has a leading role, is said to have grossed more than $16 million in box office sales, also contributing greatly to his income. The young star currently tours the country performing comedy gigs, another steady income stream for the 28 year old.

DC Young Fly has appeared in several well-known American television shows and movies. He briefly served as a host on the remake of the infamous show TRL on MTV from 2017 to 2018. Most notably, DC Young Fly is known as a cast member of Wild ‘N Out, where he participates in comical raps “roasting” other members of the show. Wild ‘N Out has been on air since 2005 and currently has 15 seasons, though DC Young Fly does not have a role in each season. The executive produce of the show is Nick Cannon, fellow movie star and actor and former spouse to Mariah Carey.

DC Young Fly has had several other on-screen appearances, including roles in the movies How High 2, Almost Christmas, The Trap, I Got the Hook-Up 2, #DigitalLivesMatter, Hollywood Hearts, and more. Additionally, he has appeared in several BET special projects and the young artist released a mixtape titled Trap Soul in early 2019, which you can find on YouTube Music, Spotify, Apple Music, Pandora, iHeartRadio, and more..

Like many stars today, DC Young Fly got his start on social media, where he remains particularly active. His official Instagram page (@dcyoungfly) currently has more than 10.5 million followers, while the star’s official Facebook page has 1.8 million followers. The actor and comedian gained a massive following with his “roasting” videos on social platforms, and has even been recognized by stars such as Lebron James and Chris Tucker.

Many attribute DC Young Fly’s fame to his ability to stay relevant on social platforms, citing his key opening phrase “Bring dat @$$ here boi.” Additionally, DC Young Fly is the only actor on Wild ‘N Out to make an appearance in every episode of a season of the show.

His ongoing social media presence, the ability to make a name for himself from pure and raw talent, and his work ethic all contribute to DC Young Fly’s ongoing success and fortune.

With humble beginnings in Atlanta, Georgia, DC Young Fly has made a name for himself through his presence on social media, repeat appearances on hit television shows, and various other entrepreneurial entertainment gigs. Having first broken onto the entertainment scene in the mid-2000s, DC Young Fly continues to tour the country today and regularly publishes fresh, new content to his online channels. With a constant presence in the entertainment space, he keeps his name current and works a variety of television jobs.

His biggest claim to fame is his role on Wild ‘N Out which has catapulted DC Young Fly into the public eye. Since appearing on the show his fame has only continued to grow, and with no slow in his social media posts the industry expects the young star to stick around for quite a while. 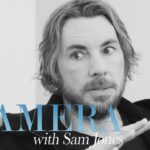 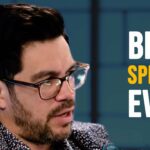