How much was David Stern worth?

Who Is David Stern

David Stern, whose full name is David Joel Stern, was an American business executive and lawyer. He became famous when he began working as the commissioner of the NBA (National Basketball League) from 1984 to 2014. Besides that, he is also credited for broadening and developing the NBA’s audience. During his three-decades run as an NBA commissioner, Stern opened 12 NBA offices and expanded the broadcasting to over 200 territories in 40 different languages.

American lawyer and business executive David Stern had a net worth of $145 million dollars at the time of his death, in 2020. Stern was the commissioner of the National Basketball Association from 1984 to 2014.

How did David Stern earn his net worth?

Working for the NBA for three decades helped this businessman become a millionaire. After he received a Juris Doctor from the Columbia University in 1966, David joined the Proskauer, Rose, Goetz, and Mendelson law firm (now known as Proskauer Rose) that has been a representative of the NBA for years. He spent nearly 12 years with the firm and signed a multi-dollar contract with the NBA as the General Counsel under then-commissioner Larry O’Brien. By 1980, when he was able to win more than $1 million, David was promoted to Executive Vice President to the NBA.

In February 1984, he was promoted to Commissioner of the NBA and successor of O’Brien. For the next two decades, he helped the NBA’s audience grow significantly as the broadcasting was expanded to more than 200 territories in 40 languages. Besides that, Stern played an important role in the establishment of the Women’s National Basketball Association. He also founded the NBA G League and the NBA’s development league, as well as the social responsibility program and digital presence of NBA. By the early 2000s, David Stern already established himself as an influential businessman with a net worth of more than $60 million by 2005.

David became famous when he began working as an outside counsel and then commissioner of the NBA. He was born on September 22, 1942, in New York City, New York. He’s the first of three children to William and Anna Stern. His (Jewish) family moved to Teaneck, New Jersey when David was five years old. At that time, he became a fan of the New York Knicks and attended several games held in the Madison Square Garden venue alongside his father.

During his pre-adolescent years, Stern considered Carl Braun his hero and one of his biggest inspirations. Growing up he played a little basketball for a few years before eventually, he sustained a right knee injury. After he graduated from the Teaneck High School in 1959, he enrolled at the Rutgers University. While at the university, he was part of the Sigma Alpha Mu fraternity. He graduated from the university in 1963 with a Bachelor’s degree in history and then attended the law school at the Columbia University.

The lawyer and NBA Hall of Famer is successful because of his many occupations in and out of the NBA. He spent exactly 30 years working as the fourth commissioner of the NBA and officially retired in January 2014. During his three-decades-long run, in which he turned the NBA into a global powerhouse worth billions of dollars, he also made history as the longest-tenured commissioner to run a major American sports league for more than 20 years. After his retirement, he was inducted into several hall of fames, including the FIBA and Naismith Memorial Basketball Hall of Fame.

Apart from his work as a lawyer and NBA official, after his graduation from the Rutgers University in the 1960s, Stern became the Board of Overseers in the university. He also worked as the Chair Emeritus of the Board of Trustees at the Columbia University in the 1970s and was a regular member of the Council on Foreign Relations. After his departure from the NBA, he spent the next six years working on various business ventures before he passed away on January 1, 2020.

With a net worth of $145 million prior to his death, David Stern was one of the most distinguished and wealthiest businessmen in the United States. Just after he earned his graduation in the 1960s, he began working as a lawyer and found himself as part of the NBA in the late 1970s.

The mastermind began working for the NBA in the early 1980s and spent the record-setting three decades as its commissioner. During his run with the sports league, he not only reshaped the NBA but also played an important role in its international success. 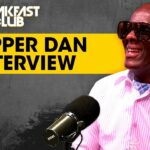 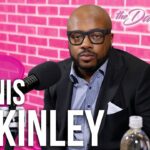