How much is David Brenner worth?

Who Is David Brenner

For talk show fans in the 1970s and 1980s, David Brenner embodied them all. He made a name for himself as a talk show guest on Johnny Carson’s Tonight Show. In fact, he was the show’s most frequent guest, with more than 158 appearances. And he was such a regular guest on other talk shows at that time that he was considered the one entertainer to appear on more talk shows than any other.

American stand-up comedian, actor and author David Brenner had a net worth of $9 million dollars at the time of his death, in 2014. “Pioneer of observational comedy”, he was the most frequent guest on The Tonight Show Starring Johnny Carson in the 1970s and 1980s.

Brenner, born in February 1936, made his living as a stand-up comedian, author and sometimes actor. He even hosted his own talk show at one time, the short-lived Nightlife on ABC.

But Brenner’s life wasn’t all laughs. At least not growing up in the poorer neighborhoods of Philadelphia. Though his humor did keep him out of trouble, for the most part. And got him through high school.

Brenner joined the Army after high school, serving as a cryptographer. After he left the armed services, he attended Temple University and studied communications.

He is the author of three comedy books. Brenner was married and divorced three times and has three children.

Brenner also starred in the television series, Snip, based on the Warren Beaty film, Shampoo. Snip is famous because it never aired on network television. It was cancelled at the last minute by NBC, who feared bad press because one of the show’s characters was openly homosexual. Had it aired, it would have been the first show on American television to feature an openly gay character.

The show eventually aired in Australia, where it was the top-rated series of its time.

Though he never became the household name of some of his contemporaries, comedian David Brenner made a huge impact on stand-up in the ’70s and ’80s. A regular fixture on late night TV and talk shows, Brenner (along with Robert Klein) is one of the godfathers of observational comedy. His influence can be felt everywhere from the comedy of Jerry Seinfeld and Ellen DeGeneres, Richard Lewis to Jay Leno. 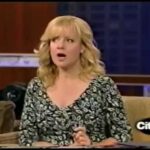 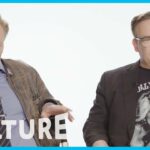