How much is David Attenborough worth?

Who Is David Attenborough

David Attenborough is arguably the most famous English broadcaster, natural historian, and narrator whose voice has become well known across the world thanks to his envelope pushing documentaries about nature, wildlife, and the planet itself. At 92 years old, Attenborough has a career that spans more than half a century and on top of his collection of high budget BBC and Netflix documentaries, Attenborough brought color TV in to the UK and has won countless awards when he served as the director of programming for the BBC. His brother, Richard Attenborough was also a famous actor, best known for his role in Jurassic Park.

English broadcaster and natural historian David Attenborough has a net worth of $35 million dollars, as of 2021. His voice is one of the most recognizable on the planet and has been a notable nature narrator spanning seven decades.

How did David Attenborough earn his net worth?

As Attenborough’s credits for television spans over 70 years, the narrator has racked up a massive wealth, especially for a TV producer who creates content predominantly for British audiences. Being 92 years old and having worked with the BBC for most of his life, he is unsurprisingly one of the BBC’s biggest earners, as he takes home around one million dollars per year from the British Broadcasting Corporation. And though none of his salaries have been undisclosed apart from that, he is now making Netflix money, as he produced and narrated the stunning Netflix original nature documentary, Our Planet. As Netflix is known to carelessly through millions at established content creators, it’s likely that Attenborough made millions of dollars from this partnership.

On top of his television productions, Attenborough has written dozens of books, with some of them being autobiographical and others being factual, and he has taken part in dozens of audio recordings. Attenborough has also won dozens of awards, winning an award almost every year since the 70s, including several BAFTAs. Winning these awards has undoubtedly helped the producer demand higher pay checks, just like when actors win Academy Awards, as these accolades certify that Attenborough is at the top of his game in his industry.

At the beginning of his career, television was all but an idea to Attenborough, as he did not own a television at the time and had only ever seen one programme, but he earned a full-time job at the British Broadcasting Corporation in 1952. The broadcaster initially felt uncomfortable being in front of camera as he had often been told that he had large teeth, so he instead produced non-fiction broadcasts including the successful TV show, Animal, Vegetable, Mineral. The first natural history program that Attenborough produced was Animal Patterns, which featured animals from the London Zoo and was the catalyst for his illustrious career in wildlife documentaries.

In the mid-1960s, the new channel BBC Two had not successful, with much of its failure being owed to its strange kangaroo mascot. In 1964, when Attenborough was hired as the controller of the channel, he immediately got rid of the mascot and made the executive decision to make BBC Two’s schedule much more diverse compared to its big brother channel. The channel then included shows about music, entertainment, comedy, travel, science, and sport. Attenborough’s profile was rapidly expanding thanks to how hands-on he was with BBC Two and is responsible for creating some of the UK’s most prestigious series, including Match of the Day, Monty Python’s Flying Circus, and The Money Programme.

At the end of the 70’s, Attenborough created Life on Earth, which set the benchmark for quality wildlife documentaries on TV and streaming services today, as it treated the subject matter with gallons respect and took it seriously by putting in as much research as possible. The follow up, The Living Planet, came five years later, only this time the series was created around ecology and the environment. It reached audiences outside of the UK and became a massive international success.

Right up to this point in time, Attenborough has continued to record award winning and envelope pushing nature documentaries, most notably The Blue Planet in 2001 and Planet Earth in 2006, with the latter of which being the most expensive nature documentary ever made for TV. Planet Earth returned for a second season 10 years later, which had turned the documentary in to a cinematic experience. Not only was the footage captured stunningly beautiful and shot with high definition cameras over the course of years, but it even had the celebrated film composer Hans Zimmer create the theme and soundtrack. Thanks to his work on documentaries, Attenborough has won several Primetime Emmy Awards, including winning two consecutive years in 2018 and 2019.

Ever since 1979’s Life On Earth, Attenborough has been producing and narrating the most prestigious documentaries in the world. And with each one, he has been using newer technology, first starting with color, then with HD cameras, then with 4K cameras, and he even pioneered the use of 3D in documentaries with Flying Monsters, which was released in 2010. Most of Attenborough’s success is owed to his commitment to advancing the medium of TV to show audiences life on earth, and in space, in the best definition he possibly can. This has a lot to do with why Attenborough has over 32 honorary degrees from British universities, more than anybody else in the world.

It goes without saying that Attenborough’s success is also thanks to his magnetic voice and the way that he is able to narrate documentaries so well thought out while, at the same time, sounding so awestruck himself. His voice, which is almost therapeutic sounding, is part of what draws a lot of viewers in to his documentaries in the first place, not just the high definition look. That is a big reason as to why the narrator is considered a national treasure in the United Kingdom, as he was named one of the 100 greatest Britons, and he was once considered to be the most trusted celebrity in the UK.

David Attenborough has deservedly become one of the most well respected historians living today, and at the age of 92, he has built an archive of well crafted documentaries and TV appearances. The producer has accrued a net worth of $35 million thanks to his hands on approach to developing the TV medium and working with Netflix. Most recently, Attenborough was the subject of his own Netflix documentary, David Attenborough: A Life On Our Planet, in which he reflects on his career, and he has just started filming for his next series, Green Planet. 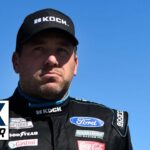 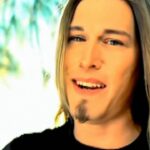