How much is David Archuleta worth?

After Archuleta was a runner-up on the American Idol stage he capitalized on his fame earned on the show to release Gold certified eponymous album, David Archuleta. The album reached number 2 on the Billboard 200.

Born in Miami, Florida, David was raised by his Latin dancer/singer mother and musician father, along with his four siblings. Together the family practiced and developed music together, and with it, David began singing when he was six years old. After relocating from Miami to Utah, David was entered into talent competitions and started to build confidence along with winning competition awards.

American pop singer David Archuleta has an estimated net worth of $4 million dollars, as of 2022. Archuleta finished second on the seventh season of American Idol, in 2008.

His family continued to support his efforts as they noticed the especially gifted 12 year old displaying his talent. After auditioning for the talent show Star Search, David was crowned the Junior Vocal Champion. With ever increasing confidence, David made guest appearances on talk shows and started to record some of his own material.

Then in 2007, he auditioned for American Idol and earned a place on the show, even after forgetting the words to John Mayer’s “Waiting on the World to Change”. David made his way through the rounds of the competition, but in addition to the added pressure from the audience and judges, David also had to deal with his father Jeff who was accused of being an overbearing stage dad. David eventually made it to the final three, but David Cook won first and David second place for season seven of the show.

After the show ended, David was signed to Jive Records and released his debut album, the eponymous David Archuleta. He then went on tour with tween superstar Demi Lovato and shot up the charts with his single “Crush”. As well as made appearances on iCarly and Hannah Montana. In 2009, he released Christmas from the Heart and in 2010 The Other Side of Down. Despite the 2010 album making it into the Top 20, after lowering record sales he was eventually dropped from the label.

Archuleta went on a two-year missionary trip for The Church of Jesus Christ of Latter-Day Saints “I need to do this with my life”, he said. While away he matured as a person and as an artist releasing Postcards in the Sky in 2017, Winter in the Air in 2018, and Therapy Sessions, in 2020.

David Archuleta’s debut album sold 765,000 copies in the US and 900,000 worldwide. While he has not been able to repeat that kind of success, he has made up for it through his appearances and the sheer volume of releases. In total, David Archuleta has earned estimated total career income of around $7-8 million dollars.

Of that amount, around $800,000 is expected to have been paid in business related costs. The remainder, $6.7 million, will have been taxed at a rate of around 38% as David Archuleta has been residing between the states of Utah and Tennessee. Tennessee only became a no income tax state in 2021. After tax, it is estimated that his career earnings are at around $4.15 million dollars, having paid $2.55 million in taxes.

David Archuleta was winning talent competitions from the age of 10 years old. At the age of 12, he became the became the Junior Vocal Champion on the second season of Star Search, and in 2008, he came in second on the seventh season of American Idol. Then, after being signed by Jive Records, David went on to release solo albums as well as appear on television. He then went on a two-year missionary trip for The Church of Jesus Christ of Latter-Day Saints before continuing to release albums after maturing as a person and as an artist. 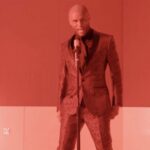