How much is Dave Ramsey worth?

Who Is Dave Ramsey

Dave Ramsey is an American financial guru who has written number of books and hosts a radio show devoted to helping those with financial problems. He is an entrepreneur who has established a business devoted to teaching about personal finance. He runs seminars and is well-known as a financial expert and radio show host.

Dave Ramsey was born in Antioch, Tennessee in 1960. He achieved qualifications in Business Administration and then established his own real estate portfolio. By 1986, Dave’s portfolio was worth about $4 million. He encountered his first setback in that year, when his bank was absorbed by another, larger, bank. The new bank demanded repayment of loans, which Dave could not manage, and he filed for bankruptcy. Through sheer determination, he restored his finances, and began to counsel others with financial problems.

He is known for the fact that his books and his radio show take a Christian perspective to financial problems.

American radio host Dave Ramsey has a net worth of $200 million dollars, as of 2020.

How Did Dave Ramsey Get So Rich?

After a bitter experience of being forced into bankruptcy, Dave Ramsey could see that there was a market for financial counseling and he has created a wide-ranging business that is one of the top companies in this field.

As a result, Dave Ramsey has a net worth today of some $200 million. Books provide a substantial element of his earnings, with personal appearances and motivational speaking events adding additional sums. The profits from his companies must be added, together with his earning from his radio show.

Dave Ramsey fame stems from his popularity as a financial expert. After recovering from bankruptcy and finding that he had a talent for understanding and advising on consumer financial matters, he developed his own formula for financial well-being and published his first book in 1992, titled Financial Peace.

1992 also saw Dave co-host a radio show called The Money Game. He still hosts the show, which is today called The Dave Ramsey Show, and is syndicated to more than 500 radio stations across the US and Canada. He also broadcasts the show on SiriusXM which is on YouTube. It appears in the form of a podcast on Google Play and on iTunes. Finally, it can be viewed as a video channel on Dave’s own website DaveRamsey.com. Dave can boast over 12 million regular listeners across all of these platforms. From 2007 Fox Business Network began a show also called The Dave Ramsey Show, but it was taken off air in 2010.

The Christian aspect to Dave’s teachings have been strengthened since he founded the Financial Peace University in the early 2000s. This uses churches as centers for his Christian-aligned financial solutions and teachings. The Biblical basis of his teachings goes beyond just financial matters, taking in many other aspects of daily life.

Dave founded his company which was called The Lampo Group in 1992. Since then it has been renamed as Ramsey Solutions. The company uses financial counselors and currently there are some 500 at work in North America.

Ramsey’s company has developed a tool for budgeting personal finance which is called EveryDollar. This is accessible via Android and iOS and also online.

Dave Ramsey is well known as an exponent of the debt snowball approach to clearing personal debt. Basically this advises a person in debt to pay off their smallest debt first, rather than concentrate on the highest interest debt. Dave feels that the clearing of small debts brings a feeling of achievement, which is followed by confidence. This then translates into a determination to clear the next smallest debt and so on, until the person is finally free of debt.

The debt snowball method has been criticized, but generally has proved to be a successful way of clearing debt.

Further books followed the success of his first publication. Four of these have been bestsellers.

In 2009 he won a radio Personality of the Year Award – the Marconi Award.

Dave Ramsey had a bad financial experience early in his life, and so was able to learn from it, and determine not to allow such a situation to happen again. He made personal and consumer finance his specialty, and in doing so filled a gap in the market. People were eager to learn how to tackle their debt, and were willing to listen to Dave Ramsey and follow his teachings.

Dave Ramsey’s success, therefore, was tied in with the success of the advice that he was giving others. His advice proved to be wise and practical, and more people turned to him for help. In this way, he built a business empire with a distinctively Christian approach to finance and debt solutions.

Dave is a hugely motivational figure. He has helped thousands of people clear debt and invest sensibly, and this success stems from holding to practical, common sense solutions to financial problems. By following simple steps anyone can achieve financial peace of mind.

Dave believes that everyone can establish their own financial security by simply following a few basic rules. He advocates diligent budgeting, which can stop wasteful spending. He also suggests that buying a new car regularly is an unnecessary luxury if you are in debt. Buying a modest house rather than an extravagant one will help keep your finances tight. Keep your cell phone for longer, pay off your credit card balances each month, pay cash whenever possible and keeping an emergency fund aside for times of crisis all also feature in Dave Ramsey’s approach to money management.

There are also a few more obvious solutions to debt in Dave’s armory. Firstly, keep expenses as low as possible. In other words, watch every cent and don’t buy what you do not need. Secondly, Dave encourages those in debt to increase their income if they can. This can be simply selling unwanted items or earning money from product reviews or other online means. A different way of boosting income is to take full advantage of free offers.

Dave Ramsey has used the solution he came up with to deal with his own personal financial problems to create a business that has propelled him to wealth and influence. His belief that helping others is a great thing to do has made him popular as a financial guru and has brought him satisfaction and a feeling of fulfillment.

For anyone facing debt issues, Dave Ramsey seems to be the man who has the answers. 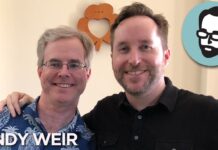 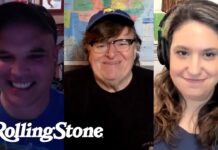 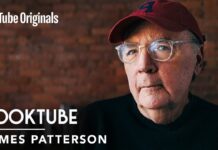 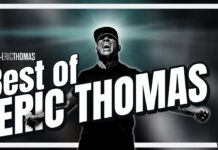 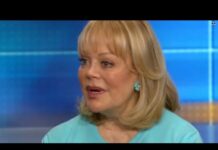