Handsome actor Darren Le Gallo is known mostly for his long-term relationship with Hollywood star Amy Adams. The two of them got married in 2015. Le Gallo’s net worth is approximately $1.3 million as of 2021. His wife is definitely the one with larger salary in this marriage. But it evidently works for them.

How Did Darren Le Gallo Get So Rich?

Darren was born July 21, 1974 in USA. He and Amy Adams met in an acting class in 2001 and had very long relationship without any kind of commitment. Their fans waited really long for a possible marriage and nothing was happening. Darren’s definitely not a jealous kind of boyfriend since he accepted Amy appearing in some really hot scenes in Sunshine Cleaning and The Fighter.

But finally in 2008, the couple got engaged. But those who expected the wedding soon were mistaken. Two years after the engagement, Amy gave birth to their first child, daughter named Aviana. But until 2015, the couple remained unmarried. Recently, they finally tied the knot. Their daughter was 5 years old at that point.

Although not as famous as his wife, Le Gallo played in several movies. Let’s name at least the ones from recent years. He appeared on Broken Kingdom, Trouble with the Curve, Lullaby, and #Stuck. In 2015, he should play Nick in Cindy’s New Boyfriend. 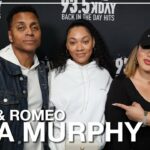 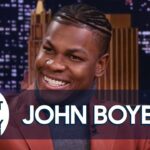