How much is DanTDM worth?

Daniel was born on November 8, 1991, in Aldershot, United Kingdom. He studied at Northampton University and while pursuing a college degree, he started his first YouTube channel. It was about Pokémon. But in 2012, he began today’s famous TheDiamondMinecart channel. It’s dedicated to popular game Minecraft.

Daniel Middleton is more famous under his online nicknames DanTDM and TheDiamondMinecart. As of 2021, DanTDM’s net worth is approximately $35 million.

This British YouTuber has amassed an incredible 23 million subscribers and 16 billion views over since he started posting videos in 2012. Needless to say, he gained also a considerable income from online advertisements.

Some of his most popular videos are How I Met Dr Trayaurus, The Tale of Herobrine, and Trayaurus Goes to Prison. Since 2014, TheDiamondMinecart started a second channel called MoreTDM which is more like an everyday vlog. In 2016, DanTDM published his debut graphic novel, which stayed at the number one spot on The New York Times Best Sellers list for hardcover graphic books for eleven weeks.  He was a featured guest at the Cheltenham Literature Festival and went on a book tour that included parts of the UK and New York City. In 2017, he went on a tour throughout the United States and Australia.

In 2017, he created the webseries DanTDM Creates a Big Scene, starring himself and a few other social media personalities on YouTube Red. 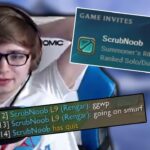 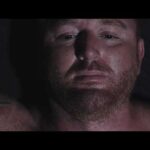