How much is Danielle Steel worth?

Who Is Danielle Steel

Steel has been married five times (Claude-Eric Lazard, Danny Zugelder, William Toth, John Traina and Tom Perkins) and raised nine children. She is currently single. According to her Web site, Steel’s family is the most important thing in her life.

American author best known for her romance novels as well as being one of the bestselling authors alive. In fact she is the fourth bestselling fiction author of all time. Danielle Steel has a net worth of $400 million dollars, as of 2021. That’s from her combined book sales of her 179 books, including over 146 novels, with over 800 million copies sold.

Steel lives in San Francisco and spends part of the year in France. Today, more than twenty of Steel’s novels have been adapted for television.

Steel began writing stories and poetry as a child. She completed her first novel at age 20 but was not published until she was 26. Steel is currently one of the most prolific writers in the world, best known for her romance novels.
See a complete list of Danielle Steel’s books.

Steel’s “Max and Martha” books and “Freddie” series were written for young readers. She has also written two nonfiction books: Having a Baby and His Bright Light 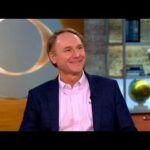 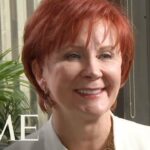