How much is Danielle Bregoli worth?

Danielle Bregoli (or “Bhad Bhabie”) is certainly an interesting barometer for what we consider to be “interesting,” “famous,” or even “talented.” But the fact remains, no matter how you slice it, our she is one who has “made it” (at least for the time being) in terms of being well-known, especially for being a very good encapsulation of what constitutes a celebrity in the total Reality TV car-crash sense of the word. So who really is Danielle Bregoli?

Who Is Danielle Bregoli

I’m sure some of you reading are wondering the exact same thing: who in the world is Danielle Bregoli? And why are we wasting our time reading about someone we’ve never heard of in this space? That’s a lot of disrespect to show our current subject. And you know what Ms. Bregoli has to say to people who disrespect her like that? Well, they can most certainly catch her outside…how ’bout ‘dat?

Yes, that’s right, Danielle Bregoli is the infamous “Cash Me Ousside” girl who became known for appearing on Dr. Phil and, on a show known for cultivating a series of cringe-worthy trainwrecks, somehow managed to stand out as the most cringey of all those cringe-worthy, someone whose ridiculousness somehow transcended those around her and made her someone who took her trainwreck-ness and made…something of a (stunningly successful-ish?) career out of it.

She’s also a somewhat sad, cautionary tale that is worthy of our pathos, really. But is that really what you want to know about? Do you want to know about how Danielle Bregoli, aka – my God – “Bhad Babie” is a pretty good symbolic representation of all that is excessive about American celebrity, and how the relentless pursuit of fame at any cost can, indeed, cost you your sanity, your sobriety, and your sense of self? Or do you just want to read about her as that hilarious dumpster fire who broke the internet by being unable to pronounce certain basic words?

I’ll leave that up to you. But for now, our typical biographical intro:

Danielle Peskowitz Bregoli was born on March 26, 2003 (that’s right, she’s lived so many lives already but isn’t even old enough to legally vote) in Boynton Beach, Florida (because of course she’s from Florida). Not much else is really necessary to know about her early childhood except for the fact that it was messed up enough that she wound up on Dr. Phil’s show in 2016 for her wild behavior.

Don’t lie, you know where we’re going with this…

As of 2021, Danielle Bregoli has a net worth of $4 million dollars.

How did Danielle Bregoli earn her net worth?

She may not be that great at rapping, but she certainly hasn’t lacked for success financially. Say what you you will about her abilities and her authenticity, but the fact remains that she has three songs that have charted on the Billboard Hot 100 (including the aforementioned “Hi Bich”), which is exactly three more songs than you or I will almost definitely ever land on the Hot 100.

Due to her exposure on Dr. Phil, her subsequent appearances on various platforms, and her music career, her current estimated net worth is about $4 million, which – while not as much as some others that I’ve profiled – is still more than most of the rest of us will ever see. Not only that, she aspired to own a mansion from her career and now she has one.

“Cash me ousside, how bow dah?”

AKA “catch me outside, how about that?” Or, in other words, “I see your disrespect and laughter at my insane life and behavior, and I raise you a threat to take you out back and fight you. How does that sound to you?”

Indeed, in 2016, Bregoli appeared on an episode of Dr. Phil regarding parents and their wild teenagers and the behaviors they exhibited (Bregoli was 13 at the time). It should be noted that, in the production of this particular episode, Bregoli stole a car from one of Dr. Phil’s crew members (perhaps this should have been a warning sign for what was to come). While on air with Dr. Phil, Bregoli became incensed at the audience members who were laughing at her ridiculousness and the behavior that cause so much grief for her mother, Barbara Ann. At one point, Bregoli had enough and uttered her now infamous catchphrase.

Somehow, this was enough to launch her to stardom. She soon after landed at a residential treatment facility in Utah, the Turn-About Ranch, at the recommendation of Dr. Phil, so that she could help manage her myriad issues. After she returned, she…proceeded to take credit for Dr. Phil’s success, claiming that she “made him” by her appearance, only briefly acknowledging that Dr. Phil was more made famous by his association with some slightly more famous and successful woman named Oprah Winfrey.

Things did not get better for her from there. By 2017 she had teamed with manager Adam Kluger, who helped transform her into rapper Bhad Bhabie and helped produce such sort-of hits as “Hi Bich” (thanks, Adam). But she certainly threw herself into her craft and attempted to really make her name as a rapper, complete with a stint in rehab (and noted) as well as a series of rivalries with other artists, including her most notable feud with fellow cultural appropriator Woah Vicky.

Bregoli, aka Bhad Bhabie, has made her money and has had her moment in the sun. People know who she is, if only for her catchphrase.

Does this make her successful?

From a financial standpoint, she’s definitely had her success (though considering that she’s not even 18, I’m hard-pressed to see how well she keeps her money over the rest of her career given how she earned it). She has become famous in a non-traditional way, but the fact remains that she got her fame and has milked it for all it’s worth. In the context of the modern, celebrity-obsessed American society that often values fame-for-fame’s-sake over being famous any kind of legitimate, quality reason, yes – Danielle Bregoli is successful.

But at what cost has her success come? Yes, it’s too early to really judge her for who she is and to make a judgment call about where she might go; we’ve seen similar celebrities whose candle has burned so bright and so young end tragically, but we’ve also seen similar celebrities end up either successful or, at the very least, alive and doing OK.

Who is to say which way Danielle Bregoli will go when it is all said and done? Or will we even still be talking about her in a year or two from now? But the fact remains: she found an opening, got a catchphrase over, and has turned it into something that makes money and keeps her in the spotlight. And for that, she has to be considered at least something of a success.

Danielle Bregoli, “Cash Me Ousside,” Bhad Babie, whatever you want to call her – she is a fascinating, tragic, and culturally relevant example of what makes a modern celebrity. She sacrificed her dignity for fame, got lucky by exploiting her moment at the exact right time, and has gone as far as she can with it. Where will she end up? No one knows for sure, but we all know who she is, if only in passing. And for that, she deserves a spot on this list as someone famous, financially successful, and worthy of a second look.

And if you don’t agree with me, you can catch me outside. 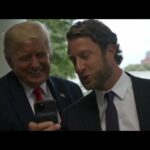