How much is Daniel Radcliffe worth?

Who Is Daniel Radcliffe

Before he could even drive, he had enough money to buy a fleet of cars thanks to his role as a wizard prodigy in the popular Harry Potter franchise. Over the course of a decade, he grew from an 11-year-old with the world’s greatest gig into an adult, who took on decidedly adult roles like baring all onstage in Equus. And we got to watch him every step of the way thanks to his role in the epic seven-part series that made it cool to be a geeky underdog.

We calculate Daniel Radcliffe has a net worth of $115 million dollars, as of 2021.

A Boy Wizard (In More Ways Than One)

Radcliffe didn’t need to go through the endless auditions and strings of rejection that most struggling actors endure. His first audition resulted in a lead role, which directly resulted in the big break that made him an instant superstar. He was growing up in Fulham, a suburb of London when he auditioned for a part in the annual British television production of Charles Dickens’s David Copperfield in 1999. As the title character, he had the chance to star alongside Dame Maggie Smith, who would become his co-star again in Harry Potter.

That small screen role got the attention of Chris Columbus, who was picked to direct the first movie adaptation of J.K. Rowling’s hit children’s fantasy book Harry Potter and the Sorcerer’s Stone. His parents, concerned about him dealing with rejection, were initially opposed to him auditioning for the role but after some coercion from the film’s producer, they changed their minds.

It turned out to be the right decision when, in 2000, he was chosen from a pool of over 16,000 kids to play the title role, an orphaned wizard who is destined for greatness after he miraculously survives an attack from the evil Lord Voldemort with nothing but a little lightning bolt-shaped scar—an unprecedented feat. The then-11-year-old Dan admitted that he cried when he heard the news.

The film, buoyed by the success of the books, was a hit before it even came out. There was tremendous buzz surrounding its release and its three adorable leads—Dan joined by Rupert Grint and Emma Watson. Three days after its blockbuster release, the cast was back to work shooting the sequel Harry Potter and the Chamber of Secrets. As one sequel after another was shot and released, the cast was growing up from children to teens. By the time Harry Potter was having his first kiss in the fifth installment, Harry Potter and the Order of the Phoenix, Dan was turning 18 and officially an adult.

Growing Up And Stripping Down

But in case fans weren’t convinced he was all grown up, Radcliffe took a pretty extreme measure to make sure he wasn’t doomed to being typecast as a boy wizard for the rest of his life. He took a role on London’s famous West End in Equus, a controversial play that deals with religion, beastiality and required Dan to go completely naked. Fans flocked to catch a glimpse of Dan and his magic wand and the play became an enormous hit with an equally successful run on Broadway a year later.

He’s managed to keep his personal life out of the spotlight—no flings with buxom starlets, no arrests, no wild nights documented by the paparazzi—over the course of his Harry Potter career, which finally ended with Harry Potter and the Deathly Hallows. No easy feat for a young star. Although the press salivates over the prospect of catching Radcliffe committing a faux pas, the juiciest thing he ever revealed was that he lost his virginity to an older woman when he was 16. But he still has some fun with his wholesome image, parodying himself on Ricky Gervais’ comedy show Extras as a hormonal teen star obsessed with being seen as an adult.

Defining Quote “A lot of people will be generous and open-minded enough to see me as other people. But I think that to a lot of people I will always be Harry.” 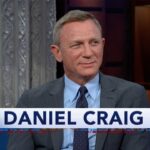 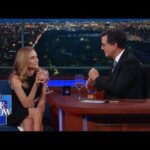