Daniel Handler, writing under the nom de plume of Lemony Snicket, is the author of the popular children’s books, A Series of Unfortunate Events, which follow the misadventures of orphans Violet, Klaus, and Sunny Baudelaire. He is also the author, under his own name, of three books for adults, “The Basic Eight,” “Watch Your Mouth,” and the forthcoming “Adverbs.” The ironic humor and literary references of the children’s books appeal to both children and adults; all twelve books have appeared on New York Times Children’s Bestseller Lists. His adult works are structurally experimental and take on controversial issues such as incest and teen violence, but like the children’s books, veer toward a dark absurdity.

Handler lives in San Francisco, California, but I was fortunate enough to steal a few minutes with him before his sold-out appearance at the Paramount Theater in Austin, Texas, which took place in conjunction with the 2005 Texas Book Festival.

Us: Is it true that you started writing the Lemony Snicket books at the suggestion of your editor, after you published The Basic Eight, a book that features kids as the main characters?

Lemony Snicket: She was not my editor of The Basic Eight, but she is an editor at a children’s publishing house. She asked me if I might be interested in writing for children and I said no, I thought that would be a terrible idea, that the sort of stuff I would come up with would be completely inappropriate at a children’s publishing house. And then that night I had an idea, and so rather than doing the professional thing, which probably all of your readers do, I called this woman up and said, let’s meet at a bar because I have this idea, and I’ll tell it to you and you can tell me it’s a lousy idea, and we’ll agree that it’s a terrible idea for me to write for children, but at least we’ll be at a bar, and it will be less awkward and the whole evening won’t be a complete waste.

Instead she said she liked the idea, which sort of panicked me because I thought it meant that she was a lightweight, and I thought, now she’s going to have to call me up the next morning and say, now that I’m stone cold sober, I don’t know what I was thinking. I can see that this is a terrible idea. And she called the next morning and said she still liked the idea, why don’t you write it down.

AC: Has writing for children changed your adult writing?

LS: Well, I imagine it has. It will be more than five years since a novel for adults has been published, so I’ve just changed.

AC: What have you learned about writing fiction for children since you started, especially since you did not set out to write children’s books?

LS: Well, I’ve learned a lot about children’s literature since I started writing for children because I hadn’t read anything for children since I was a child, and now I read them all the time. I’m grateful for that, but I don’t really find any difference in actually doing it.

AC: Your adult fiction tends to take on some fairly daring themes, incest, for one example. Does the success of the Lemony Snicket books allow you to be more experimental with your adult work?

LS: I don’t think the content has necessarily been affected. It’s nice to not be stressed out about money, for sure. But I was always writing what I wanted. I never tried to write anything that could be popular because I didn’t think I would be good at it. I don’t want it to sound like the money has had no effect on me, like I live in the same crappy one-bedroom place. So it has had an effect, but I don’t think the market for literary fiction has that much to do with content. I mean, I don’t think that writers who tend to be as experimental as I am do worse than others. I don’t think Denis Johnson sells fewer copies than Ann Packer. I think there’s enough room, within the very limited appeal of serious fiction, for all kinds of experimental stuff.

AC: Scattered throughout the books and especially in the “Unauthorized Autobiography,” there are a number of adult jokes. Do you use that technique mainly because you know that adults will be reading the books with their kids, or just for the kids, knowing that they will identify with them more and more as they grow up?

LS: I guess the latter. Those references are mostly in there because they’re interesting to me. But I like the idea that years from now some child will pick up my books again and say, my lord, this makes more sense to me now than it used to. But it’s not specifically written for an adult audience.

AC: Obviously you have a very strong Lemony Snicket persona when you’re writing these books. Do you feel the need to have that persona or is it strictly for the kids?

LS: When the books were first published, the publisher asked me a very sensible question, which was, if you’re going to take on the persona of the narrator and not the writer, what will you do when you go out to speak to people? So I went to see another children’s author speak and I thought it was very tedious. She said she wanted to remove the mystery from writing, and I thought, why in the world would you want to do that? I thought I would like to put more mystery into writing, and that that would actually be more interesting. So that was the angle that I went for. I just assume that if you’re going to get up on stage, you might as well do something interesting. Even when I go to speak about my adult books, I try to be more interesting than I am in normal life. I mean, in normal life, people listen to me talk for free.

AC: Can you talk a little bit about the new book, Adverbs?

LS: It’s about love. It’s about a bunch of different people falling in and out of love. It has a sort of fragmented structure, which I think is inevitable if you’re trying to write a book while writing a bunch of other books. If you don’t read it, it means you’re against love. Everyone should read it.

LS: I just made it up while we were talking.

AC: I read in another interview that you spent five years writing in New York City, growing more and more bitter as you were unable to publish The Basic Eight. How did you deal with that?

LS: I don’t think I did. I just became increasingly more bitter (laughing). I think it’s really hard to be working hard on fiction and be unpublished. I tried to tell myself over and over again that perhaps someday I would be published and I would look back on these years as sort of bohemian and wild, but when you’re actually doing it, it’s no fun at all. And that still has not happened.

I don’t know how you deal with it. It’s really difficult. Particularly in New York, if you’re trying to pay attention to literary culture, it’s everywhere, and you see a lot of bad writing that’s doing very well, and that’s hard. I think that in a lot of other professions as you get better and better you tend to naturally be rewarded, and that’s not necessarily true in fiction and that’s really hard. It’s hard to have a novel that you think is better than a lot of other stuff that’s out there that nobody wants to publish.

AC: You’ve said that you will only write 13 Lemony Snicket novels, but obviously with the success of these books, your publisher would not be opposed if you said you’re writing more. Do you plan to continue the series? Or do you have a plan for a different one?

LS: I would like to keep writing for both children and adults. I’ve always said there would only be 13 books. That was always pretty clear. I think if I said, hey there’s going to be 20 after all, I’m sure that they would let me do it. But there hasn’t been any pressure to do it.

AC: You play your accordion during your performances. How do you warm up? Do you practice on a daily basis, weekly?

AC: How are you finding the one in Austin?

LS: Beautiful. It’s an antique instrument with brand new straps, which is good because the straps are leather and if they’re old they might snap in the middle of a performance, which, in fact, has happened to me. But this is not a state where I expected to have a hard time finding an accordion, and Texas has not disappointed.AC: Do you have any favorite questions that kids have asked you?

AC: Obviously you have a sarcastic nature. The children who are reading your books are at an age bracket at which they’re beginning to understand and grapple with irony, the fact that you can say something that’s different from what you actually mean. Do you find that when children are talking to you that they really respond to that?

LS: I think that the demarcation of whether or not you’re going to be able to understand irony – the beginning of irony – happens for people at different ages, for sure, and sometimes never happens, so in some ways, if you want to see whether your child has a healthy sense of irony, give them my book (laughing).

Irony is just one part of it, but I think that as you grow up you begin to look critically at the world and you note the disparity between what people are saying and how it goes. The way the books run is contrary to what everyone says all the time. In many children’s books good people are rewarded and bad people are punished, and you see when you are very young that the world just doesn’t go that way. I think that’s something akin to irony, though it’s not a textbook definition of irony. The idea that bad behavior is always punished will begin to ring false if you’re actually in a schoolyard. 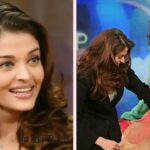 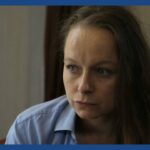