How much is Dan Brown worth?

Daniel Gerhard Brown was born on June 22, 1964 and is an American author with an estimated net worth of $180 million. Dan Brown grew up hanging around the campus of Phillips Exeter Academy in New Hampshire, where his father was a math professor. Brown’s mother was a professional musician who played the organ at church. Brown credits his parents’ different backgrounds with his interest in both science and religion. He was the oldest of three children.

American author best known for novels “Angels & Demons”, “The Da Vinci Code”, “The Lost Symbol”, “Inferno” and “Origin”. Dan Brown has an estimated net worth of $180 million dollars, as of 2023.

“Religion has only one true enemy–apathy–and passionate debate is a superb antidote.”
-from Dan Brown’s Official Web Site

Brown graduated from Amherst College and then spent time as a singer-songwriter. He has made four recordings: SynthAnimals, Perspective, the self-titled Dan Brown, and Angels and Demons (the liner notes of which contained the same artwork that would later be used in his novel by the same title). In 1993, Brown became an English teacher at Phillips Exeter Academy. He quit teaching in 1996 to write full time.

What He Has Written: 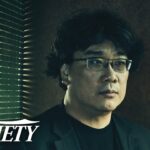 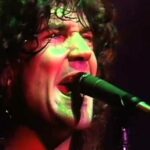