American race car driver, and current commentator for NBC, Dale Jarrett has a net worth of $40 million dollars, as of 2021. Jarrett is best known for winning the Daytona 500 three times. As well as winning the NASCAR Winston Cup Series championship in 1999.

Dale Jarrett is a natural born athelete. Offered a golf scholarship to the University of South Carolina Dale turned them down in order to follow in his father’s footsteps. Fortunately for NASCAR fans, his father is Ned Jarrett, two-time NASCAR NEXTEL Cup Champion.

Dale Jarrett is a solid veteran racer who knows when to hustle the car and when to lay back. His smooth style, easy smile and solid family values makes Dale truly one of the good guys in the sport.

This Dale Jarrett Net Worth profile originated at WealthyGenius.com 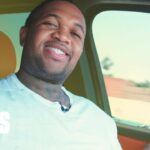 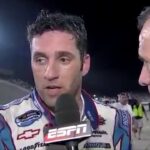