How much is DaBaby worth?

After working for years and releasing countless mixtapes, DaBaby, born Jonathan Lyndale Kirk, rose to fame in 2019 after a long string of high performing singles and prominent guest spots on other rappers’ songs and gained further recognition for his own track, “Suge.” Kirk is a controversial rapper who has, against all odds, become a highly commercial success and a hot commodity.

We calculate DaBaby has a net worth of $4 million dollars, as of 2021.

How did DaBaby get so rich?

After DaBaby had featured on several chart topping tracks in 2019, including Megan Thee Stallion’s “Cash Shit,” the rapper started getting recognition from both audiences and critics for his guest verses. And now he seems to be a lucky charm for artists and he is in high demand for a guest verse, it’s safe to assume he isn’t spitting them out cheap either. It has been disclosed that rappers in a similar position to DaBaby charge anywhere between $50-100k per guest verse, so it’s safe to assume this rapper receives a similar amount. By the end of 2019, DaBaby had a total of 22 songs on the Billboard Hot 100 throughout the whole year, and that’s more than any musician that year of any genre.

So early in his career, DaBaby is already headlining his own tours, and he has already been on two world tours. It is reported that it costs $100-150k to hire the rapper per show, and considering how many tours and gigs he books, it doesn’t take a genius to figure out he is making stacks of cash hand over fist.

It was a stroke of luck that label scout Arnold Taylor (president of the South Coast Music Group) was starting his own label, and Taylor had seen DaBaby perform in North Carolina just as he was looking to sign new acts. Taylor, the man behind Future and You Gotti’s success, encouraged DaBaby to put out mixtapes and continue playing in clubs. What would happen next is an all out bidding war between major labels. The rapper ended up signing with Interscope for an undisclosed seven figure deal.

Straight from the horse’s mouth, DaBaby will be starring in five Hollywood movies in the coming year too. Though it has not been reported what movies he is talking about, the rapper says he has made a deal to star in five upcoming movies. There is no evidence that shows DaBaby can even act, but this deal would have been extremely lucrative for the certified gold artist.

DaBaby’s debut mixtape was released in 2015. Named Nonfiction, it wasn’t the first or even the second mixtape he’d release that year. The rapper released three mixtapes in 2015, and even more the following two years. In 2016 and 2017, he released eight mixtapes, albeit under the name Baby Jesus, though he changed his pseudonym due to the uproar the name Baby Jesus would undoubtedly bring by the time he’d be a chart topping superstar.

Six months in to 2019, DaBaby was announced as one of XXL’s Freshman Class of 2019, which is a coveted list of the greatest up and coming rappers on the scene. When the young rapper signed with Interscope, he negotiated his was into getting his own imprint label, Billion Dollar Baby Entertainment, which is who released his debut record, Baby on Baby. Baby on Baby was a huge success and it reached number seven on the billboard 200 chart, thanks in part to featured artists such as Migos’ own Offset, Rich the Kid, and Stunna 4 Vegas.

His sophomore album would arrive quicker than anybody would expect, just six months after the release of his debut. DaBaby’s second album, Kirk, hit harder, was more well received, and out performed his debut. It reached the top spot of the billboard 200 in just it’s first week of release. It was the perfect storm as DaBaby had just come off the heels of featuring on tracks from chart topping behemoths Post Malone, YG, Lizzo, Future, and the viral fame monster, Lil Nas X.

Like many rappers who have found fame the same way he had, DaBaby is trying to saturate the rap industry by pumping out so much music and guest spots and not going a month without releasing something new. It’s a risky approach a lot of up and coming rappers take, but for DaBaby, it seems to have massively paid off. It may have been good advice from Taylor as it is the exact approach Future has taken.

DaBaby has also praised for his unique flow and style of rapping that rivals Eminem’s when he was at his commercial peak. DaBaby claims to be influenced by Lil Wayne, Kanye West, and Future, who all have their own completely unique style of rapping, and DaBaby somehow manages to combine those rappers’ deliveries into one rap flow tapestry, which is something the rapper has been commended for.

In April, DaBaby released the track “Rockstar” featuring Roddy Ricch, which was his first chart topping track on the Billboard Hot 100 as the lead artist. It also topped the charts in six other countries. But more importantly, he re-released the song in June as a “Black Lives Matter” remix and re-recorded the vocals to be about George Floyd and the protests that surrounded his murder.

It is reported that DaBaby has an estimated net worth of more than $4 million. Considering it is so early in his career and he is one of the most productive rappers on the scene right now, it won’t comes as a surprise when that figure doubles, or even triples, thanks to his high priced guest spots and chart topping tracks and his own number one albums. DaBaby has just released an album this past April, Blame It On Baby, which debuted at the top of the Billboard chart, and that marks his second consecutive number one record. Later in the year he plans to tour behind it, and it surely won’t be too long after that until he releases another album. 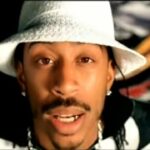 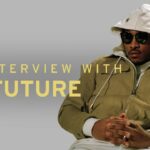