There are good films, there are bad films and then there are cult classics, which can fall under either of the first two categories depending on who’s doing the judging. Some movies earned their cult status from the start — being so great that they spawned huge fandoms, merchandise, and even their own theme parks (ahem — Harry Potter).

Others earned their place on the list after being complete box office bombs, whether for weak plots, heavy doses of melodrama, or extremely violent scenes. But no matter how each film came to be on this list, they all have one thing in common: it never gets old watching any of them.

The brainchild of mega writer, director, and producer George Lucas, Star Wars is a space opera that depicts the adventures of characters “a long time ago in a galaxy far, far away.” The popular film spawned not only a host of sequels but also reboots, merchandise and a cult following. In fact, it’s often regarded as one of the most important movies in the history of motion pictures.

Even after seven books and eight films, the world still hasn’t lost its interest in all things Harry Potter-related. Fans of the film, dubbed “Potterheads,” helped the initial film and the subsequent ones become the second highest-grossing film series ever with over $7.7 billion in profit. They’re still trying to rake it in with the Fantastic Beasts films, but nothing will ever compare to the OG series.

Cher Horowitz gave us “As if”: the perfect clap back to those annoying catcallers harassing you during your morning commute. This one little phrase (and various other Clueless-isms such as “you’re a virgin who can’t drive” and “it does not say RSVP on the Statue of Liberty”) spawned a cultural phenomenon including a spin-off television show (judge rules: not as good), and plenty of love for the Beverly Hills heroine to this day.

Originally pitched as a female version of Teen Wolf, this magical ’80s film about a reincarnated teen witch features a fan-favorite impromptu rap battle and has since become a cult classic, regularly airing as a part of Freeform’s 13 Nights of Halloween.

It goes without saying that this film is a true Halloween cult classic. Since the ’90s, witchy fans of all ages have shamelessly watched the story of three child-hunting witches brought back to life by a hipster teenage virgin. (Same.) But surprisingly, it was panned by critics and consumers upon its initial release. Even though there’s a remake in the works, it’s pretty obvious the ’93 version will never be replaced in fans’ hearts.

This classic that inspired a generation of teenage slackers and weirdos follows four teenage girls — three of whom are named Heather — and their rather poisonous adventures at an Ohio high school. Despite the high critical praise, the film was not a big hit at the box office. It did, however, go on to become a cult film and the catalyst for other teen movies like Jawbreaker and Mean Girls.You can thank Heathers for a lot.

Jessie Spano traded her books for sequined bralettes in this controversial ’90s film. Nomi (Elizabeth Berkley) arrives in Las Vegas with only a suitcase and a dream of becoming a top showgirl. But as she ascends to the top of the Vegas inner circle, she begins to wonder if it’s all worth it. The film was the winner of seven 1995 Golden Raspberry Awards including Worst Picture and Worst Actress but has since become a cult classic with some critics declaring it “a serious satire worthy of praise.” Interesting…

Unlike so many cult classics, Pulp Fiction was actually a commercial success upon its release. To this day, the film, known for its quirky criminals and offbeat dialogue, attracts a loyal following and is popular at midnight movie screenings. I mean, with John Travolta, Uma Thurman and Bruce Willis all taking major roles, how could it not?

This California-set film about two unemployed best friends on the day before the weekend sparked plenty of loyal fans due to its catchy one-liners and memorable comebacks including “Bye, Felisha.” (Yes, this is where it came from!) The film was so popular that it garnered two sequels (judge rules: not as good) and fans are still waiting for the rumored fourth film to happen.

Truthfully, I don’t think it should be necessary for me to describe to anyone what this flick is about but I’ll do it just in case. Partially based on Rosalind Wiseman’s 2002 non-fiction self-help book Queen Bees and Wannabes, this cult classic follows sixteen-year-old “homeschooled jungle freak” Cady Herron and her adventures with her new high school’s most popular clique: The Plastics. In the years following its release, the film has become a pop-culture phenomenon with fans continuously meme-ing the characters. Additionally, October 3 has unofficially been dubbed “Mean Girls Day” in reference to one of the film’s most popular scenes. Anyone who’s anyone can pretty much quote every line of the film because, yes, it’s just that good.

Napoleon’s eccentric election day dance routine alone makes this film a cult classic. Following the misadventures of three socially-awkward outcasts, the film not only performed well at the box offices but also spawned a slew of merchandise, from refrigerator magnets to T-shirts to Halloween costumes. Jon Heder will probably only ever be known as ‘Napoleon Dynamite guy’… not that that’s a bad thing.

Considered one of the greatest high school films of all time, The Breakfast Club examines what happens when five very different students wind up stuck together in detention all day on a Saturday. Featuring some of the most inspirational and honest dialogue, the John Hughes movie continues to capture fans’ attention with its relatable characters and their completely unapologetic combination of love, comedy, and drama.

After watching this film, the “bend and snap” was on every woman’s must-do list. A sorority girl and ultimate fan of the color pink, Elle Woods proved women have the power to do anything they set their minds to when she got into Harvard Law, despite her initial spacey demeanor. The number of quotable lines in this flick alone makes it a cult classic, not to mention how mf feminist it is.

With themes still relevant today, this classic cheerleader film tackles the issue of cultural appropriation head-on when two rival schools — with the exact same cheer routines — cross path for the first time. If you haven’t seen it already, you’ll initially want to watch it for the creative dialogue woven throughout, but will stay for the lessons on leadership, diversity and overall cheery vibes. Eliza Dushku, Kirsten Dunst and Gabrielle Union star in this surprisingly smart teen movie.

Stanley Kubrick‘s 1971 filmed shocked audiences upon its release with its graphic rape scenes and harsh violence. And although time has done little to change its reputation, the film found a substantial amount of dedicated fans and has been a fashion inspiration for many musicians including Usher, My Chemical Romance, and Rihanna.

Who could forget Angela Bassett’s most lit scene ever where her character sets her soon-to-be ex-husband’s car on fire and struts away like a badass? No one. The film follows four best friends, all with their own romantic troubles, who are waiting for the moment when they can find the right man and ~finally exhale~. The success of the film stems from its strong themes about female friendship and the emotional performances from an all-star cast. It’s honestly just really, really good.

Hip-hop culture has gotten a pretty bad rep over the last 20+ years with critics only recognizing the violence or misogyny sometimes found in the lyrics. But thanks to ’90s cult classic, House Party, rap-duo Kid N’ Play was able to positively spin hip-hop culture and bring rap battles and impromptu dance-offs to mainstream audiences.

Few cult classics have been able to define the term “cult classic” as clearly as this 1975’s Halloween-ish film. Even decades after its release, fans still show up to midnight screenings across the country dressed in fishnet stockings and full makeup in homage to the movie’s memorable main characters.

Shot entirely in black and white, this cult classic comedy tells a story about a single day at a convenience store through the eyes of two clerks in New Jersey. Of course, this alone doesn’t sound too interesting, but the writer/director added so many pop culture quips to the film that garnered immense praise almost as soon as it hit theaters.

Inspired by the film Heathers, this cult classic centers around a popular high school clique that accidentally kills of one of its members. Although it was a critical and financial failure, it grew a cult following because of its snappy one-liners and the snarky villain played by Rose McGowan. Also, look at those outfits! 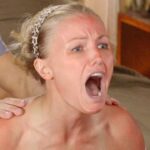 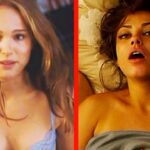