How much is Criss Angel worth?

Who Is Criss Angel

Criss Angel was born Christopher Sarantakos on December 19, 1967 in New York. While he experienced considerable success as a live performer, he is best known as the creator and star of Criss Angel Mindfreak, a television series on A&E that ran for multiple seasons. Most significantly, Mindfreak has attracted a youthful audience and A&E’s largest ratings ever. Angel also stars in Cirque du Soleil “Believe” that runs at the Luxor in Las Vegas (click here to read my review.

American magician, illusionist and musician Criss Angel has a net worth of $60 million dollars, as of 2021. Angel is one of the richest magicians, working out of the Las Vegas Valley his earnings can be as high as $70 million.

In his show, Angel performs illusions, close-up and stand-up magic, escapes and mentalism. Some of his notable effects have included: suspending a woman in the middle of Las Vegas; Fremont street; sawing himself in half; walking through a glass window; impaling himself on a wrought iron fence; pulling a woman in half; transporting himself from an inverted trash can that was surrounded by numerous people; swallowing a coin and producing it from his wrist and being buried alive.

His highest profile stunts are his dangerous escapes and physical stunts. In his first season, Angel escaped from a barrel that was hanging seven stories above the ground.

Some of his pure physical stunts have included: hanging from a helicopter via large hooks that had been pierced through the skin in his back; laying on a bed of nails and bearing the weight of a car; lifting a car and allowing himself to be hit with three million volts of electricity. He has a phenomenal team of advisors that includes Johnny Thompson and Banacek.

Magician of the Year

In 2005, Angel was named 2005 Magician of the Year by The Academy of Magical Arts (AMA) at a press event at Hollywood’s Magic Castle.

“Criss Angel is going to be a huge superstar in the world of magic,” said Dale Hindman, then, president of the AMA. “I predict that he will eclipse David Copperfield at some point because he is brilliant, he cares about magic and is willing to think outside the box.”

In 2005, Magic & Illusion interviewed Angel. Angel released two instructional DVDs for the magic community that explain two effects performed on his show: Quarter Through Soda Can and Criss Angel Self Levitation.

In a November 2006 announcement, the Luxor Resort and Casino in Las Vegas was named as the home of the third season of “Criss Angel Mindfreak.”

Angel has aspirations as a rock star and was in an industrial band known as Angeldust and has released several music CDs. 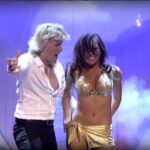 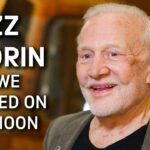