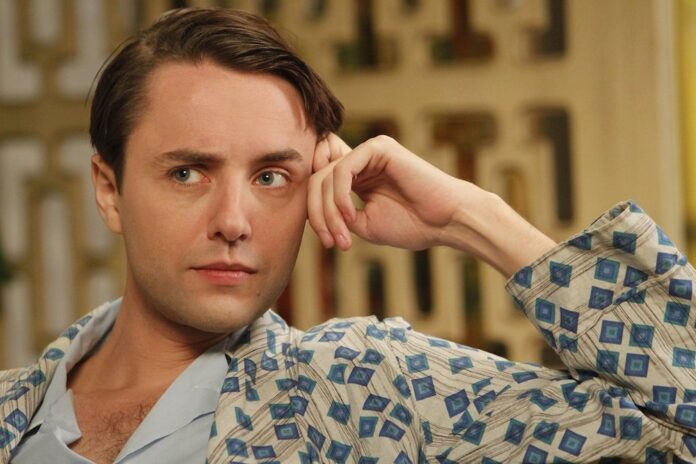 Happy 48th birthday to Rainn Wilson! Most of us know Rainn for his iconic role as Dwight Schrute on The Office. I don’t think I’m surprising anyone who watched the show when I say Dwight was pretty creepy. From the various weapons he hid around the office to that time he ripped the face off the CPR dummy and wore it as a mask, I have a lot of evidence at the ready to prove his creepiness. But as unsettling as he could be, we still loved him. We wanted him to end up with Angela and be happy, and sometimes we even felt bad for him when he became the victim of Jim’s pranks. It’s a testament to Rainn’s performance and the show’s writing that we were able to feel that way.

Dwight isn’t the only TV character who’s had that “I’m weirded out by you but I also really like you” effect on us as viewers. So in honor of Rainn and Dwight and creepy but lovable people everywhere, let’s look at some of the most unsettling TV characters of the 21st century whom we couldn’t help but adore.

GOB is a terrible person. He’s only out for himself and he’s careless with innocent doves. But can you imagine the show without him? Even when he makes a huge mistake, we manage to forgive him by the next episode.

There’s no other way to say it. Crazy Eyes is a little bit of a stalker, and she doesn’t exactly take rejection well. But she threw her pie for Piper, so sometimes we like her. Julianne Hough liked her enough to don blackface on Halloween.

SEE  How to Make Your Dreams a Reality

Bestill my heart. Everything Chuck Bass says or does is tinged with creepiness, and he did some pretty despicable things in the first season. But his relationship with Blair changed him, and by the series finale all I could do was sit on my couch shouting “CHAIR! CHAIR CHAIR!”

It’s nearly impossible to choose a favorite character on Bob’s Burgers, but Tina’s always a pretty good contender. We love her in spite of the fact that she’s a little girl obsessed with butts who’s voiced by a grown man.

Michael Emerson deserved every Emmy in existence for his portrayal of Ben, a ruthless monster who ended up being the highlight of every episode. He was so creepy — and occasionally sympathetic — that it became downright delightful to watch him.

Dexter is a sociopathic serial killer, but he kills bad people, so every episode I was like, “Wow Dexter it’s super creepy that you murder people, but go for it. Also you look really hot in that henley you always wear.”

Kenneth is absolutely adorable, but every once in a while I was terrified of him. Take, for example, every time he broke into his genuine Southern accent, or how I’m pretty sure he was immortal. Then he’d call Liz “Miss Lemon” and I’d forget about it.

Tatiana Maslany plays half a dozen clones on this show, and the creepiest one of all is Helena, a Russian woman who’s been brainwashed to kill the other clones. She’s crazy and violent and overall totally terrifying, but she’s also a really complex character, and by the end of the season I didn’t want anything bad to happen to her.

SEE  23 Celebrities Who Make Money With A Side Hustle

I spent the first five seasons of Mad Men actively despising Pete Campbell. He’s slimy and manipulative and misogynistic. But this past season he was one of my favorite characters. Vincent Kartheiser did an amazing job reacting to Pete’s unfortunate situations in the most hilarious and weirdly sympathetic ways.

Stewie started this series as a one-dimensional evil baby, but eventually his personality got a little more complicated. Sure he’s maniacal and wants to murder his own mother, but then he’ll suddenly act like a baby and rub Brian’s ear while sucking his thumb. Awwww.

The reason everybody quickly stopped being creeped out by Bill Hader’s iconic Weekend Update character is that he always laughed his way through it. That hands-over-the-mouth move became endlessly endearing. I miss you, Stefon.

Top 20 Richest Actresses in the World