How much is Craig Kilborn worth?

Who Is Craig Kilborn

Born in Kansas City, Mo., and raised in Hastings, Minn., few people thought the fast growing Kilborn would wind up behind a desk – let alone a talk show host’s desk. Most thought he was destined to become an NBA player. That includes his parents, Hiram and Shirley Kilborn, an insurance salesperson and teacher, respectively.

American comedian, sports and political commentator, actor, and television host Craig Kilborn has a net worth of $7 million dollars, as of 2021. He began sports broadcasting in the late 1980s, followed by a position at ESPN’s SportsCenter from 1993 to 1996.

It wasn’t just his height.

Sure, anyone who hits 6-foot, 5-inches tall gets “Is he a basketball player?” looks. It was his talent with the ball.

His natural abilities were first discovered by the coach of a local traveling all-star team, the Northside Magicians, while Kilborn was in ninth grade. He then went on to smash records at Hastings High School, earning both All-Conference and All-State honors.

That caught the eye of college scouts, and Kilborn accepted a scholarship from Montana State University. While playing for the MSU Bobcats, Kilborn stood out for his deep shooting range, his ability to hit a three-point shot from deep beyond the three-point line and they way he could break zone coverage. But his basketball career wouldn’t move beyond college ball, mostly because Kilborn had difficulty getting open and led his league in turnovers. But that didn’t mean Kilborn was done with sports.

After college, Kilborn leapt into broadcasting, accepting a role as sports anchor for KCBA in Monterey, Calif. Like all local news, this role also found him covering local events and feature stories, where Kilborn started cultivating his dry wit and sense of humor.

This style caught the eye of ESPN producers, who invited Kilborn to join it’s SportsCenter family. In 1993, when Kilborn achored the program, the show unspooled in different incarnations, such as an early edition and a late edition. Kilborn hosted the late edition.

He famously coined his later program the “Feel Good Edition” of SportsCenter, and routinely called plays and reported headlines with a carefree attitude and uniquely clever catch phrases, such as “Jumanji” and “Oh, Precious.”

Kilborn stayed with SportsCenter for three seasons, until he decided to leave ESPN and host a new news parody show on Comedy Central titled The Daily Show.

And Now Your Moment of Zen

Kilborn’s Daily Show took off. Almost as soon as it was premiered, it become one of the highest rated programs on Comedy Central and earned the title “Best Late Night Comedy” by TV Guide. Of the many features Kilborn created (including “Five Questions,” in which guests would have to answer five silly questions), one lives on today more than a decade and a half later – Your moment of zen.

Kilborn took the Late Late Show in an entirely different direction than his predecessor – and some suspect this is why the popular talk show host was selected. Kilborn’s new audience skewed much younger, and the show became less about the celebrity interview and more about having fun. He brought his popular “Five Questions” over from The Daily Show, introduced a slew of comic characters and sketches, lifted the show’s ratings – and then decided not to renew his contract in 2004, after five seasons on the show. His reason? In a 2010 interview, he said he felt late night was too crowded at the time and that he wanted to pursue other interests.

Those other interests included a false-start movie career and a few guest appearances on television programs. Kilborn proved to be a fantastic talk show host, but a mediocre actor.

Kilborn attempted a return to the talk show world in 2010 with the launch of The Kilborn File. The show ran on a select number of Fox television stations for six weeks. It was not renewed.

Next for Kilborn? A possible sit-com on ABC. 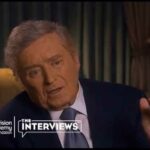 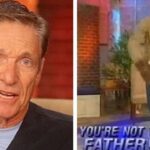