Velasquez knotched his 2000th career win in the $1 million Colonial Turf Cup aboard Showing Up on June 24, 2006. This was not his first win in a $1 million race though. He has previous won two Breeders’ Cup races: the 2003 Breeders’ Cup Sprint aboard Cajun Beat and the 2005 Breeders’ Cup Distaff with Pleasant Home. Although he has yet to win a Triple Crown race, he was second in 2005 behind Giacomo on Closing Arguement.

American Thoroughbred horse racing Cornelio Velasquez has a net worth of $2 million dollars, as of 2021 Velasquez was introduced to horse racing at age fifteen by trainer Carlos Salazar Guardia in his native Panama and enrolled in the national jockey school.

A Champion in Panama:

A graduate of the Panamanian national jockey school, Velasquez rode his first winner in 1985 in Panama aboard Ri Quy and went on to be named their top apprentice jockey that year. He went on to ride in Panama for 14 years, being named leading rider in 1994 and 1995, before moving his tack to the United States.

Gets Top Horses to Ride:

Velasquez has ridden some top horses including Ashado, Evening Attire, Society Selection, Trust N Luck, Band Is Passing, Best of the Rest, Cellars Shiraz, Closing Arguement, Showing Up, and The Judge Sez Who. He won his first graded stakes victory in 1996 Toronto Cup Handicap at Woodbine and his first grade 1 stakes on Feb. 16, 2002, aboard Cetewayo in Gulfstream Park Breeders’ Cup Handicap. He moved to Churchill Downs in 2003 where he became the leading rider for the 2003 spring meet.

Velasquez was born on September 28, 1968, in Panama City, Panama, so he has many years left to go in his career. He currently resides in Hollywood, Florida, with his wife Roxanne and daughters Tiffany, Connie, and Katarine.

This Cornelio Velasquez Net Worth profile was originally published on the WealthyGenius.com website. Any posting of copyrighted material is expressly prohibited. 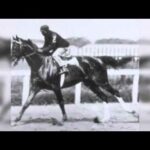