How much is Cooper Hefner worth?

Cooper Hefner, whose real full name is Cooper Bradford Hefner, is an American author, activist, businessman, teacher, and reservist in the US Air Force. He has worked at his father Hugh Hefner’s company Playboy Enterprises as the chief of global partnerships and chief creative officer. In addition to that, he has also founded his own startup company “Hop” for which he’s presently serving as the chief executive officer.

Cooper Hefner became famous right after he was born, as he’s the son of the wealthy businessman Hugh Hefner that rose to prominence for being the editor-in-chief and founder of the Playboy magazine.

American businessman, teacher, author and activist Cooper Hefner has an estimated net worth of $15 million dollars, as of 2023. Hefner has worked as the chief creative officer and chief of global partnerships at Playboy Enterprises, a company founded by his father Hugh Hefner. He is also a reservist in the United States Air Force.

He was born in Los Angeles, California on September 4, 1991. He’s the oldest of four children to Hugh Hefner and Kimberly Conrad, an actress and model. He was born and raised in a mansion that’s adjacent to the infamous Playboy Mansion. The luxurious property was purchased by his father after he got divorced from his mother in the late 2000s. Cooper has three younger siblings, two brothers David and Marston, and one sister Christie.

In 2009, he graduated from the Ojai Valley School based in Ojai, California. He then joined the Chapman University from which he received a bachelor’s degree in business in 2015. His career began long before he received his own degree from the Californian institution. He started working for the Playboy Enterprises Inc. while he was still in college. Starting in early 2016, he left the company and his position as a board observer due to a lot of disagreements with the then-CEO Scott Flanders about the company.

The businessman and reservist in the US Air Force became rich from his many business ventures and professions. After leaving Playboy Enterprises Inc., Cooper launched his own media start-up company titled “Hop”, an acronym for Hefner Operations and Productions. The media company is working on creating social media events and content for millennials. From his booming company, the young businessman was able to earn more than $2 million in less than a year.

Less than a year after he quit Playboy, he returned to his father’s company and began operating as the chief creative officer in July 2016 following his father’s departure. A few months later, in February 2017, he announced that the nude images with which the magazine gained popularity would return. Later that year, Cooper oversaw the decision to have the first transgender playmate on the magazine, making headlines in newspapers and media outlets all over the world. Ever since his career started in the past decade or so, he has reportedly racked up millions more from his business ventures.

Two years after his return to Playboy Enterprises, in January 2019, he took over as the company’s chief of global partnerships. Three months later, it was announced that he would exit his senior role and launch his own media brand titled Hefner Media Corporation as well as a digital content platform named HefPost (later renamed to StagDaily).

The success of Cooper Hefner comes from his many professions, especially from his leadership skills.

Towards the end of 2019, in December, the young businessman changed his plans, and instead of starting his own media company and digital content platform, he enlisted in the US Air Force. Besides that, he continues to teach at the Champan University whilst also being part of the institution’s board of governors. Back in 2016, he considered joining the elections for California’s 737th congressional district but these plans were nixed. Most recently, Hefner has announced his intentions to become a part of the Congress and announced his own campaign as a Democrat in the 2022 California Senate and its 30th district.

Cooper Hefner is a businessman that’s best known for being the son of Hugh Hefner, one of the most famous and wealthiest businessmen and publishers in the world. He began his diverse career in the mid-2010s and quickly became a millionaire.

From being in charge of Playboy Enterprises Inc. to launching his own media startup company, Hop, and even teaching at the Chapman University, young Hefner certainly has many talents and has taken advantage of all of them. 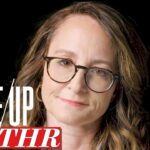 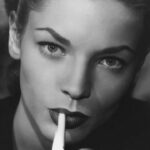