How much is Conan O’Brien worth?

Hosting Late Night with Conan O’Brien for 16 years before a short stint on The Tonight Show that ended on bad terms, to say the least.

Who Is Conan O’Brien

He got his start behind the cameras, lending his comedic talents as a writer before he endeared himself to America as the host of Late Night with Conan O’Brien. During his 16-year stint as master and commander of the popular talk show, his refreshingly self-deprecating sense of humor made him a fan favorite—something that became evident when his supporters bandied together after his The Tonight Show snub to create Team Coco.

Conan O’Brien has a net worth ballparking $150 million dollars, as of 2021. He’s one of the richest and most successful TV hosts of all time.

Born to a large Irish Catholic family in Brookline, Massachusetts, Conan Christopher O’Brien is the third of six children to an epidemiologist father and a retired attorney mother. He graduated the valedictorian of Brookline High School in 1981 before moving on to Harvard University, where he majored in American History.

After college Conan moved to Los Angeles and where he bounced between several gigs writing for various TV shows including the HBO sketch comedy show Not Necessarily the News and Fox’s The Wilton North Report.  In 1988, he trekked to New York to become a writer for Saturday Night Live, a gig he held for three years.

The Politics Of Talk

After the snub, Letterman bolted NBC for CBS leaving a void in the spot behind The Tonight Show.  With several talented and well-known comedians, actors and TV personalities vying for the role it ended up going to Conan, a relative unknown at the time.  At first, it was widely regarded that NBC had screwed up in selecting O’Brien over so many other talented, well-known, personalities.  But Conan played this to his advantage and used the criticism for material, evolving it into the self-deprecating style that made fans love him. For four years Conan was renewed every 13 weeks until he could prove he could produce good ratings, but finally, in 1997, NBC gave him his first five-year contract.

In 2009, Jay Leno’s contract with NBC expired and Leno announced his retirement.  Conan was tapped to fill the spot on The Tonight Show, and he officially hosted his first episode on June 1, 2009 with Will Ferrell as his first guest. Leno’s retirement turned out to be a bluff, however, and he came back to NBC with a new contract and a new prime-time hosting gig. The Jay Leno Show turned out to be a ratings disaster and NBC scrambled to create a compromise for the two personalities that would have The Tonight Show pushed back into a midnight slot so Leno could have a 30-minute show beforehand.

Conan refused the offer and, after just seven months in the chair Johnny Carson made famous, Conan left The Tonight Show amidst controversy and protests from angry fans and Leno was back in.  His last show aired on January 22, 2010.

Making The Move To TBS

But it wasn’t the end of his tenure as a late-night talk show host. Rival networks scrambled to negotiate a deal with the popular star, and it wasn’t long before he reached a deal with cable channel TBS. Conan currently airs weeknights at 11 PM EST.

O’Brien admitted that he sank into a depression after the late-night musical chairs debacle, but he used humor as his outlet once again when he went on a comedy tour. The Legally Prohibited from Being Funny on Television Tour was virtually sold-out in all of its 30-dates.

O’Brien continues to reside in Los Angeles, where he moved for his Tonight Show gig. He has been married to Elizabeth Ann Powell, who he met on Late Night, since 2002 and the couple have two children—Neve and Beckett.

Defining Quote “Every comedian dreams of hosting The Tonight Show and, for seven months, I got to. I did it my way, with people I love, and I do not regret a second. I’ve had more good fortune than anyone I know and if our next gig is doing a show in a 7-Eleven parking lot, we’ll find a way to make it fun.”

Perhaps his biggest break came when Saturday Night Live‘s Lorne Michaels hired him as a writer in 1988. Conan spent three years at SNL, and wrote such skits as “Mr. Short-Term Memory” and “The Girl Watchers”.

But Hollywood beckoned and, after writing and producing a failed pilot, Conan landed a job with The Simpsons. Among his creations: Captain Horatio McCallister.

It was a gamble. Conan wasn’t a household name and his time on-camera amounted to a few background moments on SNL. But he accepted the position and, on April 26. 1993, Late Night with Conan O’Brien debuted.

A Key Moment in His Career

Arguably, the early part of 1997, when Conan and his writing staff won the Writer’s Guild of America’s award for Best Writing in a Comedy/Variety series. Until then, Conan had his fair share of critics. Almost everyone snubbed his young talk show – in fact, his contract was often extended on a weekly basis.

But in 1997, Conan’s growing fan base spoke out. Today, his programs destroy anything else in the time slot.

Conan was Born on April 18, 1963, Brookline, Mass., right outside Boston (just hop on the Green Line). He is the third of six children (and the fourth boy) born to Dr. Thomas and Ruth Reardon O’Brien.

What do you get when you mix humor with intelligence? I don’t know, but I do know this. Conan graduated as valedictorian of his high school, Brookline High, and entered

Harvard University with a knack for the silly and a penchant for history and literature. He worked throughout his college career as a writer for the irreverent Harvard Lampoon and served as the Lampoon‘s president for two years – only the second person ever to do so and the first in 85 years. 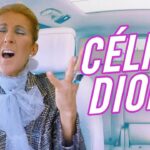 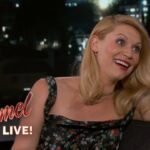