How much is Colin Kaepernick worth?

Born in Milwaukee, Wisconsin on November 3rd, 1987, Colin Kaepernick is an activist for civil rights and free-agent NFL quarterback. Colin was born to a white woman by the name of Heidi Russo. Miss Russo placed Kaepernick up for adoption after she and his African American biological father broke up before his birth.

Colin Kaepernick was adopted by a white couple in the rural Milwaukee, WI area. The Kaepernick’s wanted to adopt a boy since they lost two sons by way of heart defects. The eventual star athlete and polarizing figure grew up alongside a big brother and sister. Colin lived in Milwaukee until the age of four until he went to reside in California with his family.

Kaepernick was involved in many team sports throughout his childhood. He saw his first action on the football field at the age of eight. Colin’s first position on the gridiron was at defensive back for his youth team. The coach also had him cover punts on special teams. The following season, he took over as the starting quarterback.

Basketball and baseball are other sports Kaepernick would also excel in. In addition to football, he was also a star on the basketball and baseball teams in high school. Colin’s performance at John H. Pitman High School earned him All-State nominations in all three sports his senior year. He also graduated with an outstanding 4.0 GPA.

American civil rights activist and football quarterback Colin Kaepernick has a net worth of $25 million dollars, as of 2021. While Kaepernick is wealthy he could earn a lot more money if he was actually on the field. Yet his protests against police brutality and racial inequality caused his to lose his position. Kaepernick challenged the NFL in 2017 alleging that the league conspired to keep him from playing. He won a $10 million dollar settlement.

How did Colin Kaepernick earn his net worth?

Colin Kaepernick opted out of the final year of his rookie contract to become an unrestricted free agent. He then re-signed with the 49ers, agreeing to a 6-year, $114 million contract. The deal consisted of a $12.3 million signing bonus and an average salary of $19 million. Kaepernick would be under contract to be the 49ers quarterback with $61 million guaranteed.

His on-field protests stirred up so much controversy, that he soon found himself out of the league. Late in the 2017 NFL season, President Trump proclaimed NFL team owners should “fire” players who protest during the National Anthem. Kaepernick became a free agent after the 2017 season and was not signed by any team.

With arguably significantly worse quarterbacks populating NFL rosters, Kaepernick disagreed with not having a team to call home. Along with fellow NFL player Eric Reed, Kaepernick filed a lawsuit against the NFL citing collusion in 2018. Feeling as though he was being unjustly blackballed, Colin eventually accepted a settlement from the league before any court hearing. Although the settlement was described as an undisclosed amount, the payout was approximately $9 million.

It was also disclosed that Kaepernick’s 2020 net worth is at, or near, $25 million. In addition to his NFL earnings as a star, Super Bowl quarterback, Colin earned millions more in endorsements. Headlined by a Nike marketing campaign related to Kaepernick’s protests, his endorsements are plentiful. Just a couple of other companies Kaepernick affiliates with include Beats by Dre and Jaguar.

An accomplished academic scholar and star athlete, Colin Kaepernick was most sought after for his baseball talent following high school. He had a marvelous prep career as a pitcher for the John H. Pitman Pride in Turlock, CA. Kaepernick had baseball scholarship offers from multiple colleges. However, he had his heart set on playing college football.

Kaepernick only received a football scholarship offer from one school (The University of Nevada). After a taxing recruitment period, Colin Kaepernick went on to sign with Nevada. During his freshman season, he served as the team’s backup quarterback. Although he didn’t see time as a starter, Kaepernick still had an important role appearing in 11 games.

As a quarterback possessing great height and athleticism (6’4″, 225 lbs), Kaepernick enjoyed a stellar 4-year collegiate career. He would then take the NCAA by storm when he became the starting quarterback his sophomore year, throwing for 2,849 yards. Kaepernick also had 22 passing touchdowns and 17 rushing touchdowns for the season.

Once his college football career reached its conclusion, he became the first Division-I player in FBS history to throw for more than 10,000 yards and rush for more than 4,000. Colin Kaepernick graduated from The University of Nevada with a Bachelor’s degree in Business Management. He then declared for the 2011 NFL Draft and was taken by the San Francisco 49ers with the 36th selection.

While a good NFL quarterback, Kaepernick’s world-wide fame exploded in 2016 when he protested police brutality and racial inequality. Most people (besides football fans) wouldn’t know Colin Kaepernick if he didn’t kneel during the U.S. National Anthem. Kaepernick expressed his displeasure with civil rights violations by kneeling before games throughout the 2016 season. His protests sparked a larger movement, with numerous other players joining him in protest by kneeling during the anthem.

As Colin Kaepernick likely lost millions of dollars due to his protests, it was a risk he was willing to take. His opinions on civil rights issues and racial injustices in the U.S. have elevated him to a historical, activist icon. Considering the state of North America in 2020, Kaepernick attempted to confront the problems before the media became obsessed with them.

I think Colin is so successful because he is an intelligent, brave, and ambitious man of integrity. Of course, his competitive drive, athletic ability, and ability to develop skills deserve credit too. People like Colin Kaepernick represent a tiny percentage of the world’s population.

A person who has the will to live their dream and stand up for what they believe in is rare. Another cause for his NFL success could’ve been the league’s unfamiliarity with the wildcat offense at the time. Kaepernick ran an option style offense to perfection before opposing teams saw it coming. His threat to hurt defenses as both a passer and runner caught many defensive coordinators off guard.

Colin Kaepernick overcame a challenging and unorthodox childhood to become successful. While his adopting family may have been the greatest ever, he probably felt like an outsider. To graduate high school with a 4.0 GPA, his upbringing must have been unprecedented.

Because of increasing police brutality and racial injustice in America in 2020, his past protests will garner more attention. When the NFL resumes play, Kaepernick may be poised to continue his professional career. Who knows?

One thing’s for sure, Kaepernick recognized civil rights issues occurring in the U.S. before most others. He didn’t condone such despicable activities and used his platform to shed light on it. His qualities as a human being are what makes him rich and famous in my book. 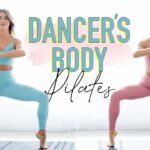 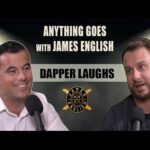