How much is Colin Farrell worth?

Hollywood’s resident bad boy used up his minutes in Phone Booth, went back in time in Alexander and took aim in In Bruges.

Who Is Colin Farrell

Colin James Farrell was born youngest of four in a close family and raised in the suburban Castleknock area of Dublin. He showed an early talent for being unimpressed by money or status (a talent that would later serve him well) raising hell as a teenager around the quiet neighborhood streets. His father was a professional soccer player and Farrell almost followed in his footsteps, but ultimately gave it up.

The training regiment for a professional athlete clashed directly with his first love—namely, a heroic appetite for drinking, smoking and living life—and for the teenage Irishman, whose desire for women was matched only by their desire for him, his choice was made for him. So Farrell waited tables, painted warehouses and spent his evenings at the pub. His older brother Eamon, himself a performer, had been bugging Farrell to take stage classes, and after a failed audition for the boy-band Boyzone, Farrell gave acting a shot. He loved it, and was a bit surprised to find he had a talent for it, and at 20 years old, enrolled at the Gaiety School of Drama in Dublin.

It wouldn’t last long. Farrell hated the restrictive Gaiety and dropped out early, but with enough experience and training to land a television role and a part on the London stage production of A Little World of Our Own. The play wasn’t a huge hit, but it was enough to impress Kevin Spacey, who cast him in his film Ordinary Decent Criminal in 2000. That year would also see Farrell in his first American film.

He credits Joel Schumacher for his career (“It all goes back to him,” he says), after Schumacher took a chance on the unknown and cast him as a rebellious Texan in the Vietnam-era Tigerland. Farrel’s performance would not only land him a Best Actor award from the Boston Society of Film Critics, but also, much to his surprise, suddenly on the Hollywood A-List.

Farrell always took a carpe diem approach to life (he has the words tattooed on his left forearm) to take what comes and enjoy it while it lasts. And enjoy it he would, because for the next three years, his rise would be meteoric. Known for his hugely entertaining personality, bad-boy antics and resolute work ethic, word of this talented young Irishman, who loves to party (and from whom you have to hide you wife and daughters), exploded into Hollywood. He worked with Stephen Spielberg, Roger Donaldson and Oliver Stone, and starred alongside his idol Al Pacino in The Recruit, fought crime with Samuel L. Jackson in S.W.A.T, and hunted Tom Cruise through the future in Minority Report.

Though he went from a talented nobody to $5 million star in just 36 months, despite the constant parade of models and starlets on his arm, Farrell remained uniquely unaffected by Hollywood. His devil-may-care attitude toward drugs, drinking and sex made him constant tabloid fodder (complete with the requisite leaked sex-tape), but he was known for heading back to Dublin whenever possible to spend time with his family and friends.

And when it finally caught up with him, it was, like everything else in his life, on his own terms that he checked into rehab in December 2005 for substance abuse. Since getting sober, Farrell has only become more focused. His work has never been better, with a string of critically acclaimed performances and a Best Actor Golden Globe in 2008 for In Bruges. Though drinking and drugs have been replaced by work and family, his appetite for living life remains unchanged—which is exactly what made him so entertaining to watch in the first place.

Most recently Colin Farrell appeared in Guy Ritchie‘s The Gentlemen as ‘Coach’, alongside Matthew McConaughey and Charlie Hunnam.

Defining Quote “I had a predisposition for certain addictions. I was addicted to Rice Krispies when I was seven. I’m not even f—ing joking with you. Ask my mother.” 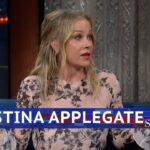 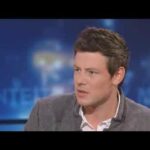