How much was Clark Gable worth?

Who Is Clark Gable

He was called The King, and for good reason: Clark Gable made the top ten box office list 16 times, the last time in 1955, rising as high as #2. With his trademark mustache and devilish, dimpled smile, he exuded raw masculinity. Gable electrified the screen as an ambitious reporter, mutineer, oil prospector, nightclub owner, and submarine commander, but he is best remembered as Rhett Butler in Gone with the Wind.

American film actor Clark Gable had an inflation-adjusted net worth of $100 million dollars at the time of his death, in 1960. An average Clark Gable movie grossed $166.40 million in adjusted box office earnings, setting records for the time.

Born William Clark Gable on February 1, 1901 in Cadiz, Ohio, Gable fell in love with acting after seeing a play at age 17. He toured with stock companies as W.C. Gable and did odd jobs, working his way across the country. Joining a theater company in Portland, Oregon, Gable met Josephine Dillon, the theater manager. She became his acting teacher, paid to have his teeth fixed, and worked with him on his posture, voice, and physique. In 1924, they went Hollywood. Seventeen years his senior, she became his first wife.

Using the name Clark Gable, the actor began in silent films as an extra in 1925. He came to the attention of MGM in a play, and in 1930 was cast as a villain in The Painted Desert (1931). After failing a screen test at Warner Brothers because Darryl Zanuck thought his ears were too big, Irving Thalberg signed him with MGM, where and he would spend most of his career.

Initially cast in supporting parts playing bad guys, Glable’s popularity began to grow, and he was paired with two major female stars: Joan Crawford in Dance, Fools, Dance (1931) and Norma Shearer, whom he slapped in A Free Soul that same year. The latter brought him a great deal of attention, and he was was bumped to lead roles, starring with Greta Garbo in Susan Lenox, Her Fall and Rise (1931) and with Crawford again in Possessed(1931). Rumored to have had a long, on and off affair, the two sparked on screen in eight films.

Gable was MGM’s biggest star by 1932 and was successfully teamed with Jean Harlow in Red Dust (1932), which led to four other popular films, their screen partnership ending with Harlow’s death in 1937.

In 1934, Louis B. Mayer lent Gable to Columbia Studios to play Peter Warne in It Happened One Night, the role which won Gable a Best Actor Oscar.

The actor stayed on a roll, garnering another Academy Award nomination for his portrayal of Fletcher Christian in Mutiny on the Bounty (1935), the star’s favorite film.

MGM was wild about Gable, and in 1937, Judy Garland sang “You Made Me Love You” to a photo of Gable in Broadway Melody of 1938. She also sang it at Gable’s MGM birthday parties. During a photo session of MGM stars, Gable said to Garland, “You brat. You ruined every one of my birthdays. They bring you out of the wallpaper to sing that song, and it’s a pain in the a**.”

Gable blazed through the 1930s, and then came the role that took him from superstar to icon: Rhett Butler in Gone with the Wind (1939). The public demanded that he play the role, but Gable feared disappointing his fans. He said, “I think I know how a fly must react after being caught in a spider’s web.” Nonetheless, he fulfilled the expectations of audiences throughout the world.

During his lifetime, Gone with the Wind was re-released in 1947 and 1954, each time boosting Gable’s career. He is among a handful of actors who played the lead in three Academy Award-winning Best Picture films – It Happened One Night, Mutiny on the Bounty, and Gone with the Wind.

Following the tragic death of his third wife, Carole Lombard, in 1942, Gable joined the U.S. Army Air Forces, earning the Air Medal and the Distinguished Flying Cross. In May 1944, he was promoted to Major.

Gable’s situation post-war was precarious. At 44, he was older than his returning colleagues, and he was still a grieving widower. Many of his immediate post-war films are unremarkable, including his first, Adventure, which flopped. Other films include Any Two Can Play (1949), Key to the City (1950), To Please a Lady (1950), and Never Let Me Go (1953).

In 1953, MGM did not renew Gable’s contract. He was so bitter about this that he refused to attend a 25th anniversary screening of Gone with the Wind in Atlanta in 1954. Working independently, however, his star began to ascend again, with films such as Soldier of Fortune (1955), Run Silent, Run Deep (1958), and Teacher’s Pet (1958) with Doris Day.

In what would be his last film, Gable played Gay Langland in The Misfits, which also starred Marilyn Monroe and Montgomery Clift. His role was demanding physically and strained his heart, weakened by his three-pack-a-day cigarette habit and a 35-pound weight loss from a crash diet before production began. Shortly after completion of The Misfits, Clark Gable died, on November 16, 1960. He is buried next to Carole Lombard.

Gable and Josephine Dillon divorced in 1930; days later, he married Texas socialite Ria Langham. They divorced in 1939, but the marriage seems to have been over in 1936. Gable and Carole Lombard met while filming No Man of Her Own in 1933; the two never dated until 1936. They married in 1939, three weeks after Gable’s divorce from Langham. Carole Lombard died in a plane crash while on a war bond tour in 1942. Though devastated, Gable returned to work a month later for Someday I’ll Find You. Lombard’s death affected him for the rest of his life.

In 1949, he married Lady Sylvia Ashley, the widow of Douglas Fairbanks Sr., divorcing in 1952. He married for the last time in 1955, to socialite Kay Spreckles.

While on location doing The Call of the Wild in 1935, Gable and costar Loretta Young had an affair, which produced a daughter, Judy Lewis. Young claimed that Judy was adopted, though others told her that Gable was her father. Lewis met Gable in 1950, but he never admitted their connection.

One of the biggest stars in history, Clark Gable left a legacy of great films, playing roles that defined a tough, no-nonsense image. Rhett Butler epitomized this persona, but even dancing to “Puttin’ on the Ritz” in Idiot’s Delight, Clark Gable was an undeniably masculine and magnetic force on the screen. 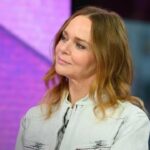 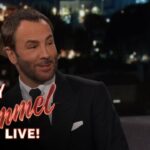