How much is Christopher Nolan worth?

Who Is Christopher Nolan

Christopher Nolan is a film director who is known for making high concept blockbuster movies with narratives much smarter than any other Hollywood movie. His complex plots make audiences think, and despite not having a simple logline, his films are hugely successful at the box office, often making close to a billion dollars per movie. Technically, the director is a visionary, as he makes great use of the IMAX camera much more than any other filmmaker and takes pride in using practical effects and real sets instead of CGI and green screens. He is most well known for the Dark Knight trilogy, Inception, and Interstellar.

How Did Christopher Nolan Get So Rich?

It isn’t easy to find out how much Nolan makes per movie, as ever since Batman Begins, he has never worked for a salary. As all of his film are co-produced by his very own production company, Syncopy, he takes a percentage of the back end profit for writing, directing, and producing the movies. As it is not disclosed how much of a percentage Nolan makes of his movies, he reportedly made $69 million for Inception, which is a little more than 8% of the movie’s gross profit of $833 million.

As making $69 million for one film is an insane amount of money, it doesn’t end there. If Nolan makes 8% of the gross profit for all of his movies, Nolan would have made some massive pay days. The Dark Knight Rises grossed over one billion dollars, 8% of which is $80 million, and Interstellar grossed $700 million worldwide, meaning Nolan would have pocketed an easy $56 million for that one.

As Nolan had plenty of success in the early 2000s by releasing Memento, one of the greatest mystery thrillers of the past 20 years starring Guy Pierce, and Insomnia with two hollywood heavyweights, Al Pacino and the late Robin Williams, the director’s profile grew when he was hired to write and direct the Batman reboot, Batman Begins.

The movie came over seven years after the previous Batman movie, Batman & Robin, as that film tanked at the box office and was critically torn apart. Nolan’s vision of the world’s greatest detective was much darker and more grounded in reality, and because of this it was adored by both fans and critics, making over $370 million worldwide. The film also began a major trend in Hollywood that is still continuing today, where studios are making dark and gritty reboots of their IPs.

Nolan went on to round out Batman Begins with two sequels, which together are now argued as the greatest movie trilogy of all time. The end of the final movie, The Dark Knight Rises, set up the series to continue with Joseph Gordon Levitt as the Batman, but Warner Bros., for the first time ever, didn’t take Nolan’s advice and instead created the DC cinematic universe to rival Marvel, which is arguably much less successful than a new Batman series led by Levitt would have been. Because of his success with Batman, Nolan was even hired to pen the reboot of Superman, Man of Steel, though he didn’t direct it.

In between the releases of his entries in to The Dark Knight series, Nolan works on passion projects wherein the final on-screen result is confusing and amazing all at the same time. Between Batman Begins and The Dark Knight, the director released The Prestige, a movie following a feud between magicians, which even starred David Bowie as the real life inventor, Nikola Tesla. Between The Dark Knight and The Dark Knight Rises, Nolan made Inception, which is the most successful original screenplay written by the filmmaker to date. Starring Leonardo DiCaprio, Inception is about a group of thieves who steal information from the subconscious of their enemies. The film made over $830 million globally, which is extremely rare for an original movie not tied to a franchise.

What Makes Nolan So Successful?

Christopher Nolan pioneered using IMAX cameras for non-3D movies. Ever since The Dark Knight, Nolan has used IMAX cameras to shoot action scenes for all of his movies. The director has expressed major interest in using the camera for shooting a whole movie, but IMAX cameras are too loud to use during an intimate scene with a focus on dialogue. The cameras aren’t used often, as they cost the studios so much to rent, but funnily enough, Nolan accidentally destroyed one of the cameras when filming the scene in The Dark Knight when the truck upturns.

Though Nolan has been criticized for writing some cagey dialogue and not being able to create three dimensional characters, as most of his protagonists end up explaining the plots in most of the scenes, the writer creates worlds with rules that bend time and reality unlike any other screenwriter. Inception is essentially a heist movie that takes place in the mind, Memento is about a vigilante with amnesia, and Tenet, his latest movie, is a spy thriller that uses time travel in away that has never been seen before.

On top of that, Nolan’s movies are very uniform, as they often clock in at the similar run time of 2.5 hours, feature loud orchestral music, dense exposition, enigma filled action, and they always star the same actors, such as Cillian Murphy, Joseph Gordon Levitt, and Michael Caine. As Nolan has created a brand where people know what to expect, fans go to the theaters to watch his movies based on these factors. The style of his films have never changed and for this reason, studios will throw money at Nolan to create the next visionary and envelope pushing action movie. As the director has become somewhat of a star himself, Nolan’s name is used to sell his movie almost as much as the actors, if not more.

As Nolan has a very specific artistic vision and few directors can make a movie that looks as beautiful and as big on screen, the director has an estimated net worth of $200 million. Though it has been delayed by several months, his latest movie, Tenet, finally hit theaters. The movie has been compared to Inception in that it is an espionage spy thriller with mind bending effects and shocking twists. Despite being released in a pandemic, the movie has been incredibly successful, in part because there is no other competition, being the only movie currently in theaters. 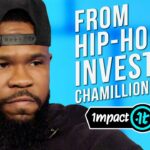 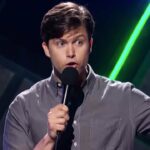