How much is Christina Anstead worth?

Who Is Christina Anstead

The TV series “Flip or Flop” is a real estate show that followed Christina El Moussa (now Christina Anstead) as her and her current husband at the time invested and sold real estate properties. Christina and Tarek El Moussa earned almost $3 million dollars together flipping homes. However in the 2008 housing crisis the couple almost lost everything and had to start again from scratch.

American real estate investor and TV personality Christina Anstead has a net worth of $12 million dollars, as of 2021. Christina was married to Tarek El Moussa 2009–2018 and became Christina Anstead when she married Ant Anstead, 2018–2020.

How did Christina Anstead earn her net worth?

Christina El Moussa ws born Christina Haack and got a job in the real estate industry when she left college. This is how she met Tarek El Moussa and later the two married. Soon after they went out on their own and began flipping homes to earn a living. Tarek then got the idea to increase the profit on their flips by making it into a TV series and had a friend help him make a HGTV audition tape.

On the strength of that tape they literally had them signing a deal to make the show Flip or Flop a year later, in 2012.

The couple did well in buying and selling middle class homes and selling them for a profit. Later however the couple got divorced and now Christina Anstead continues the show Tarek to this day, despite their differences. It is estimated that Christina earns $100,000 per episode yet these funds are not included in their funds for buying and selling homes to keep the show a parallel with real life. 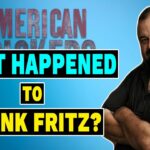 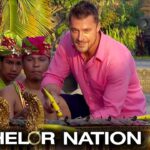