How much is Chris D’Elia worth?

Who Is Chris D’Elia

Chris D’Elia, whose full name is Christopher William D’Elia, is an American actor, stand-up comedian, podcast host, and writer. He became popular after his roles in the sitcoms “Whitney”, and “Undateable”. Another outstanding television series that helped him receive national fame was the critically successful drama “The Good Doctor”. His most recent performance was in the 2018 Netflix hit series “You”.

How Did Chris D’Elia Get So Rich?

The thing that made Chris D’Elia rich was his triumph as a stand-up comedian. At the age of 25, he began working as a stand-up comedian and focused his attention on the profession. Thanks to his performance, the comedian caught the attention of various producers and directors and earned opportunities to star in comedies. He also had guest appearances in “Live at Gotham”, “Comedy Central Presents” and “Live Nude Comedy”.

In 2010, while making a name for himself in the stand-up comedy scene, Chris was offered his first leading role in the comedy-drama television series “Glory Days”. Shortly after “Glory Days” finished, D’Elia joined the cast of “Whitney”. In the 2011 sitcom, he once again played the role of the main character – Alex Miller. Unlike the first, “Whitney” was far more successful as it amassed more than 5 million viewers and even earned several awards.

Chris D’Elia is famous because of his funny personality and most notably acting skills. He was born on March 29, 1980, in Montclair, New Jersey. During his childhood, he focused on acting. He began practicing in La Canada High School, which he graduated in 1998. His very first acting role was in the mid-1990s when he starred in the medical drama “Chicago Hope”. In the series, he played the small role of Luke Saison and appeared in two episodes.

In the early years of the 21st century, D’Elia attended the New York University where he was planning to study acting, however, he dropped out after the first year because he didn’t like it. He then auditioned for and landed roles in both “Boston Legal” and “Get Real”, where he starred in just two episodes. In 2005, he received roles in the widely-known series “Monk” and “American Dreams”. Shortly after he decided to focus on stand up comedy and went on a hiatus from acting.

Ever since the mid-2010s, Chris D’elia has found success in the film industry. Despite working several films that weren’t very successful, “Celeste and Jesse Forever”, “Flock of Dudes” and “XOXO”, the actor got a role in “Sanjay and Craig”, which boosted his popularity and was his breakthrough. From 2013 to 2016, he animated the voice role of Remington Tuffips, one of the recurring characters on the show. At the same time, he released his first and only parody rap album titled “Such Is Life”.

In 2014, simultaneously with having a very triumphant career online in the “Vine video-sharing platform, he also took the lead role of Danny Burton in the sitcom “Undateable”. The sitcom attracted more than six million viewers, which further elevated D’Elia’s career. Towards the rest of the 2010s, he continued to land various roles in both films and television series such as “The Great Indoors”, “The Good Doctor”, “Alone Together”, and “Huge in France”. His most recent and noteworthy performance was in one of the most-viewed Netflix series – “You”.

In contrast with his acting and duties as a stand-up comedian, D’Elia also spends a lot of effort and time on his podcasts. His first podcast was titled “Ten Minute Podcast” and it aired from 2012 to 2016. Since then, he has hosted eight podcasts, four of which are still running. In 2013, he also released his first and, thus far, only book titled “Chris D’elia: White Male. Black Comic”. The book was also transitioned into a television special that first premiered in December 2013.

When it comes to Chris D’elia, he is one of the most esteemed Hollywood comics. Thanks to his physical humor, most recently, he was named one of the best comics to watch by “Variety”. Also, besides acting in various productions, being a regular at multiple Hollywood comedy clubs, D’elia is also able to crisscross the United States to perform his electrifying stand-up comedy acts that often include guest appearances from celebrities and influential figures. 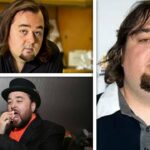 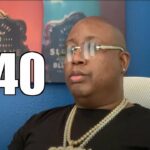