How much is Chingy worth?

Chingy is the professional name of Howard Bailey Junior. He’s an American actor, philanthropist, record producer, and hip hop recording artist who began rapping during his teen years. In the early 2000s, he toured with Nelly and became the protege of Ludacris, who signed him to his DTP (Disturbing Tha Peace) record label.

In 2003, Chingy released his debut studio album that sold more than two million copies and boosted his popularity.

Throughout the rest of the decade, he released four more studio albums. In addition to his successful career as a hip-hop recording artist, Chingy also became an actor and starred in various television productions.

American hip hop recording artist, record producer and actor Chingy has an estimated net worth of $1.8 million dollars, as of 2023.

The hip hop artist became famous after his association with already established names – Nelly and Ludacris. He was born on March 9, 1980, in St. Louis, Missouri. He first began writing songs when he was nine years old, and one year later, he began recording his own raps.

During his pre-teen years, he used the stage name “H Thugz” and formed a group with fellow rising rapper Augustin. Together, the two were known as “Without Warning” and they released a song titled “What’s Poppin Off”. Despite not having commercial success, the song did become a local hit.

While attending the McCluer North High School in a suburb of St. Lous (Florissant), Howard changed his professional name to Chingy (which is a slang term for money). After impressing Ludacris with his fantastic rapping abilities, the artist was signed to his label entitled Disturbing Tha Peace. Soon, he was given the opportunity to tour with Nelly, who in 2002 was at the peak of his career. Shortly after, he released his very first song titled “Right Thurr”.

Two months after his first song premiered, in mid-July 2003, the hip hop artist’s debut album was released. The album was called Jackpot and besides entering the US Billboard at number two, it also triumphed internationally. The album earned gold, silver, and platinum certifications in four different countries (Australia, Canada, United Kingdom, and the United States).

Towards the mid-2000s, he collaborated with many established names in the music industry such as Jermaine Dupri, Trina, Murphy Lee, and Snoop Dogg to name a few. The following year, in November, Chingy released his sophomore album Powerballin‘. Despite having collaborations with the likes of R. Kelly, Lil Wayne, and Janet Jackson, it wasn’t as successful as his first. Regardless, by the end of the year, after the album received a platinum certification by the RIAA, the rapper began earning enough to live and become a professional artist.

Chingy is successful primarily because of his abilities to work as an actor and singer. Simultaneously with releasing his own material and helping other artists, in 2005, he began acting professionally. His acting debut came in the television series My Wife and Kids. Also that year, he had guest appearances in George Lopez, One on One, and Punk’d.

The following year, in 2006, he starred in his first film – The System Within. Shortly after, he took part in Scary Movie 4 as himself, which to this day remains his most eminent role.

Unlike with his acting, Chingy remains active in the music industry. Throughout the rest of the 2000s, he released three studio albums – Hoodstar (2006), Hate it or Love it (2007) and Success and Failure (2010). Around that time, specifically in 2004, while he was still signed with Capitol Records, Chingy founded his own label – Full Deck Music Group.

In July 2018, he became a record producer. The first of many singles that he produced was “Sparks Fly”.

Chingy married Adrienne Anderson Bailey in 2005 and they remain together. They have two children together, Mykael and Mykael. In his personal life he has likely spent $850,000 of his career earnings but also earned $350,000 from his investments. He will have also had to pay around $500,000 in business related costs. Therefore, it is estimated that Chingy has a net worth of $1.8 million dollars.

Chingy is a well-known actor and rapper who is one of the best hip hop artists to emerge from the early 2000s. Thanks to his debut studio album, he achieved mainstream success relatively quickly. Even now, he continues to be praised for his romantic rap and R&B collaborations, as well as his catchy and very club-friendly hits that contain a rugged type-of lyrical flow. 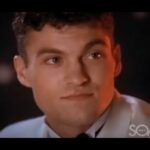 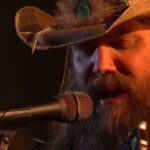