How much is Charlie Rose worth?

The only son of tobacco farmers from Henderson, N.C., Charles Peete Rose, Jr., was born on Jan. 5, 1942. Those farmers, Charles and Margaret, also owned a general store, and the family lived on the second floor of the family business. Young Charles – or Charlie, as he was called – got involved in the business early in his life, tending to small chores at age seven.

American television journalist and former talk show host Charlie Rose has a net worth of $25 million dollars, as of 2021. He was the host and executive producer of the talk show Charlie Rose on PBS and Bloomberg LP, from 1991 to 2017.

After high school, Rose attended Duke University. His first collegiate pursuit was pre-med, but that interest was soon superseded by politics and history. This was fueled by his work with North Carolina’s Senator B. Everett Jordan. He graduated with a degree in history and moved on to law at Duke University School of Law, where he earned his Juris Doctor in 1968.

Soon after graduation, Rose moved to New York City, where he worked as a freelancer for the BBC. It helped that his wife, Mary King, also worked at the BBC. He supplemented that income with a full-time job at Bankers Trust, a famous, and now defunct, financial services institution in New York. And his freelance work soon earned him a spot as weekend reporter for a local news station.

Then came his big break. Well known journalist Bill Moyers was impressed by Rose’s work and hired him as the managing editor of his PBS program in 1974. A year later, Rose was named executive producer of Bill Moyers Journal.

Rose’s collaboration with Moyers would grow, and soon Rose found himself in front of the camera. He was working on Moyers’ U.S.A.: People and Politics and had the opportunity to interview then President Jimmy Carter. The interview earned him a Peabody Award and an eventual post at KXAS in Dallas, Texas, as program manager.

That would lead him to CBS News and an anchor position on CBS News Nightwatch, a late night program in the same vein as ABC’s Nightline. He worked there for six years before take a job as anchor of a Fox network show titled Personalities. The tabloid bent of the program was too much for Rose, though, and he left the program in less than two months.

Less than a year later, Rose debuted his signature talk show, Charlie Rose on PBS station Thirteen/WNET on September 30, 1991. Two years later, it would gain national syndication and has been a mainstay on public television ever since.

The show’s signature style is different than almost any other talk show on the air. Rose sits in a quiet studio with no backdrop (the space behind Rose and his guest is literally pitch black) with his guest. Only a oak table separates them, giving the appearance of two people sitting alone in a kitchen late at night. Rose and his guest are the only people in the studio at the time of the taping, typically. Cameras are run by remote control from the studio control room.

He took on a new role in January 2012 as co-anchor of CBS’s The Early Show. The network announced Rose’s new position in November 2012, explaining that it wanted to make the show more hard news and wanted a name brand like Rose to help lead that charge.

In 2017 Charlie Rose was dismissed from CBS following a series of sexual harassment allegations. 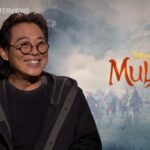 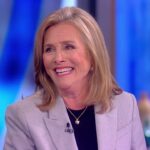