How much is Charles Barkley worth?

Charles Wade Barkley is one of the greatest basketball players that have ever played the game. He is also a top-five all-time power forward. Even if Chuck was undersized for that position, he played the game with so much power, ferocity and a knack of rebounding that he dominated guys who were taller than him. He is also considered one of the biggest freak athletes the NBA has ever seen with a unique combination of speed, power and weight.

He was born in Alabama and was the first black baby to be born in a segregated hospital. His early life was a struggle, mostly due to his father abandoning the family. He wasn’t started on his high school team until his senior year. He was always undersized, all until his senior year when he grew 6 inches. In his first season the team averaged 19 points and 18 rebounds and led his high school team to the state semifinals. It was that semifinal game where he lit up as the number one player in the country that, Chuck, as he is nicknamed now, got his college offers.

As of 2021, we estimate Charles Barkley has a net worth of $50 million dollars.

Barkley succeeds twice in his life. First, as an NBA player, while his second success is in sports commentary. Barkley was a hard worker from the start, but also a basketball prospect with incredible athletic potential. A lot of people didn’t know what to do with someone like him, but luckily for him, the Auburn coach knew how to foster his talents. He had the power of a center, combined with the speed of a guard and the leaping ability of some of the finest dunkers of all time. All that fused into one of the best power forwards ever.

But, Charley Barkley is also a smart, witty man. His interviews were always a must-watch. His personality, ability to analyze and crack jokes at both players and his co-hosts on NBA on TNT has made him a beloved figure all around the world.

How did Charles “Chuck” Barkley get so rich?

After his third year at Auburn, he went into the NBA draft where he was supposed to go high, a top 10 player in most mocks. He was selected as the fifth pick by the Philadelphia 76ers. Charles has struggled with his weight and conditioning in college and high school, so he was lucky that he ended up with a team full of all-time great veterans like Moses Malone and Julius Erving. They helped Chuck greatly during his first few years. Under their guidance, he became one of the best players in the league in just three full years.

In his fourth year with the 76ers, he was selected as the second-best player in the league, behind only Magic Johnson. His sixth season with the 76ers would be his last. He had grown frustrated with the team ownership. As a top 5 guy in the league, he felt that he didn’t have enough help around him. He knew if he wanted to win a title he needed to move to another franchise.

During the 92-93 season, he was traded to the Phoenix Suns. That first season with the Suns was incredible, he averaged 25 points, 13 rebounds and 5 assists and was named the NBA MVP for that regular season. Everyone thought that the Suns had a shot at the NBA title that season. But, one man had another idea. And, sadly for Charles Barkley, that man was the undefeated Michael Jordan. He stayed with the Suns for four seasons, but due to injuries and some controversies, he never repeated the success both him and the team enjoyed in his first season with the team.

Charles Barkley was traded to the Houston Rockets where he stayed for four years. He was one of the greatest players of his generation, but he failed to win a title. He won other awards and was even 13 times all-star. After his playing career was over, and as he stated. “Just what America needs, another unemployed black man”, he was hired by TNT to do their NBA on TNT show, provide commentary about the games and events around the league.

During his time in the NBA Charles Barkley earned a total of $43.6 million dollars in earnings. His biggest earnings in the league came from his time with the Houston Rockets where he was paid $9 million. Currently he has a salary of $6 million dollars as a sports commentator.

We calculate Charles Barkley is worth to be around $50 million dollars in 2020.

The college that finally gave him a shot was Auburn. Their coach remembers seeing him play at the high school semifinals game and being flabbergasted. He recalls that his first impression of Barkley was that he was just some “fat kid”. But later he was shocked to see how explosive and fast Barkley really was. He remembers says out loud “A fat guy, who moves like the wind”. While he was listed at 6 6 and played center in college, he was really 6 5. So at that height the fact that he led his college conference in rebounding every year was an astounding accomplishment.

He would stay with the Auburn Tigers for three years and become their greatest player ever. He also won numerous awards and still leads the school with the highest field goal percentage of 63%. He was also a fan favorite from the first season onwards. Barkley knew how to get the crowd going and they especially enjoyed his coast to coast dunk and ferocious blocks where he would send the ball flying a couple of rows high. He led the team to their first-ever National Tournament. In 2001, Auburn retired his jersey with the number 34.

Nowadays Charles Barkley continues to become more famous on NBA on TNT where he works as a sportscaster alongside Ernie Johnson, Kenny Smith and Shaquille O’Neal.

Charles Barkley was born in 1963 in Leeds, Alabama. Barkley was an overweight high school kid until the summer before his senior year when he grew from 5’10 to 6’4. Barkley played center with the Auburn Tigers for three years, he led the SEC in rebounding each year. Barkley’s college stat line was 16 points, 9 rebounds and one block per game.

Charles Barkley was drafted by the Philadelphia 76ers with the fifth overall pick in the 1984 NBA Draft. Barkley joined a veteran 76ers team that included Julius “Dr. J” Erving and Moses Malone. Malone mentored Barkley during his rookie year and the 76ers made it to the Conference Finals. By Barkley’s fourth season he was averaging 28 points and just shy of 12 rebounds a game, with Julius Erving and Moses Malone no longer on the team, Barkley was the leader of the franchise.

Barkley continued to play well with the 76ers but was not able to make it past the conference semi finals. Barkley spent eight years in Philadelphia where he would become the 76ers fourth leading scorer and third leading rebounder in history. Due to the 76ers lack of production in the postseason, Barkley demanded to be traded after the 1992 postseason.

Barkley Gets Traded to Phoenix Suns

In July of 1992 Barkley was traded to the Phoenix Suns and the season that followed would be historic for the Suns and Barkley. Barkley averaged 25 points, 12 rebounds and a career high 8 assists per game on his way to the NBA Finals and a regular season MVP award. The Suns met the Chicago Bulls in the NBA Finals and lost in 6 games, even after Barkley claimed it was “destiny” for the Suns to win the title.

The 93 postseason was the closest Barkley would come to winning a title but just like in Philadelphia he continued to put up impressive numbers. During the 1995-1996 season he led the team in scoring, rebounds, and steals.

Barkley Gets Traded to Houston Rockets

Barkley was traded to a veteran Houston Rockets team that included two time NBA Finals MVP Hakeem Olajuwon but most of his time in Houston was plagued by injuries. The Rockets would advance to the Western Conference Finals but lose in six games to John Stockton, Karl Malone and the Utah Jazz.

During Barkley’s final year in the league he would sustain a serious quad injury that sidelined him for four months. Refusing to let the injury be that last the NBA would see of him, Barkley came back for one last game before retiring. Since Barkley’s retirement he’s served as a studio analyst for “Inside the NBA” on TNT and guest starred on many other sports programs.

A child raised by a single mother, a high school player with zero offers and playing time until his final year of high school, to an athletic freak who would become the greatest player in Auburn history. Not to mention one of the most dominant power forwards of all time. Charley Barkley has lived an immense life in the NBA but has also shown that athletes are more than just their bodies. He has charmed and at times infuriated the public with his witty comments as a sportscaster. Love him or hate him, you have to congratulate him on all his amazing accomplishments. Chuck is a basketball icon that will be remembered forever. 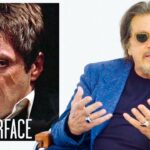 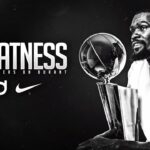