How much is Channing Tatum worth?

Dancing circles around his co-stars in Step Up before perfecting his right hook for G.I. Joe: The Rise of Cobra and Fighting.

Who Is Channing Tatum

From stripper to Abercrombie & Fitch to one of Hollywood’s hottest up-and-comers Channing has come a long way from his hip-gyrating and popped collar modeling days. Now with a beautiful wife on his arm, Channing is transitioning from heartthrob hero to mega-talented movie star.

We calculate Channing Tatum has a net worth of $85 million dollars, as of 2021. Making him one of the richest movie stars in Hollywood for his age.

A down home southern boy born just outside of Birmingham, Alabama, Channing was a curious child who often found himself getting into trouble. Hoping to tame his wild side, Channing’s parents thought that if they enrolled him in a number of team sports like baseball and football, their son might learn responsibility. They struck a cord and Channing threw himself into the football world hoping to snag a college scholarship based on his pigskin skills. Not one to back down from a challenge, Channing did just that and his senior year of high school he was recruited by Glenville State College in West Virginia.

Channing headed to college but never having been one for academics, left school before landing a few typical college dropout gigs—construction worker, mortgage broker, and stripper. After dipping his toes in the odd-job hodgepodge, things started to look up when he was in Miami and was discovered by a modeling agent. Soon Channing began stripping down for the cameras instead of the ladies. He landed print gigs with Abercrombie & Fitch (a biographical tidbit he prefers to keep to himself), Gap and Nautica as well as getting thirsty in commercial spots for brands like Mountain Dew and Pepsi.

There was no denying that a face like Channing’s was meant for the public’s consumption. He went on to land his first TV role in an episode of CSI: Miami before nabbing a role in Coach Carter opposite Samuel L. Jackson. But Channing scored a gig aimed at his ideal demographic when he starred in She’s the Man with Amanda Bynes. But not totally selling out to the teen market, Channing went on to star in A Guide to Recognizing Your Saints (2006), Stop-Loss (2008) and Fighting (2009) before striking blockbuster gold with G.I. Joe: The Rise of Cobra (2009).

But when he wasn’t flexing his fighting muscles, Channing was doing some battling of a different sort. In 2006 he appeared in the dance flick, Step Up alongside dancer and actress, Jenna Dewan. As the rough and tough Tyler to Dewan’s prim and proper Nora the onscreen couple had a dancing synergy and romantic chemistry that was undeniable. Not trying to fight the obvious spark, Channing and Jenna began dating after the film wrapped and two years later he proposed in Maui. In 2009 the couple took to Malibu to exchange their “I Do’s” on a beautiful vineyard estate.

Now the married man has gone from casting his love net to casting his net over all of Hollywood. From pushing Pepsis to bona fide Hollywood hottie, Channing has come a long way from his football days. But we have a feeling this strong-jawed gentleman will be going long for years to come.

Defining Quote “I wanted to be able to tell my grandkids one day, ‘Hey, your grandpa ran into a burning building and survived.'” 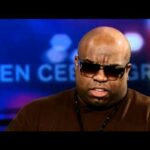 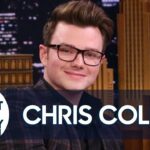