How much was Chadwick Boseman worth?

Who Is Chadwick Boseman

Chadwick Boseman was an actor who grew to fame in the 2010s, starring in sports movies such as 42, Draft Day, and in the fantasy movie Gods of Egypt. The actor was most well known for his role as the super hero Black Panther in the Marvel Cinematic Universe, which grossed over a billion dollars worldwide and was praised for being the first black superhero to have their own movie in the MCU.

American actor Chadwick Boseman left behind an estate of $939 thousand dollars according to legal documents in 2020. Best known for his role as Black Panther in Black Panther (2018).

How did Chadwick Boseman earn his net worth?

Though there has only been one Black Panther movie, Boseman has starred in a total of four films in the Marvel Cinematic Universe, first appearing in Captain America: Civil War, and then in Avengers: Infinity War and Avengers: Endgame, which has become the highest grossing movie of all time. Boseman is in four of the fifty highest grossing movies ever made. For his first feature as the panther, Boseman earned a nice $700,000 for Captain America: Civil War.

Two years later, for his lead role in The Black Panther, Boseman had a salary of $500,000 plus 0.1% of the gross profit, and as the movie made over $1.3 billion, he would have made more than $1.3 million on the back end, making his income a total of more than $1.8 million for the one film. Though that figure doesn’t seem like much compared to the tens of millions that his co-stars Robert Downey Jr. And Chris Evans are making, It is a lot more than those actors made in their first outings as the superheroes. Downey earned just $500,000 first the first Iron Man movie, and Chris Evans earned just $300,000 for starring in Captain America: The First Avenger.

Black Panther was the second highest grossing movie of 2018, right behind the follow up, Avengers: Infinity War, which Boseman also starred in. It is unclear how much Boseman earned for Infinity War’ or the grand finale, Avengers: Endgame, but it’s likely to have been a lot more than his earnings for Black Panther due to how much money the follow up movies made worldwide.

Why was he so famous?

Though he began acting in tiny roles in procedural shows such as ER, Law & Order, CSI, and Lie To Me in the mid 2000s, Boseman would move on from television and become a movie star, seemingly accruing lead roles over night. The actor’s first lead role was in The Key Hole, a movie co-starring Billy Zane and Peter Greene. The following year, Boseman’s popularity would get even bigger by starring in 42 alongside the seasoned Harrison Ford. 42 is a biopic about the baseball player Jackie Robinson and it was the first tent pole movie in Boseman’s career as the film grossed almost $100 million worldwide and it holds the record for having the best ever opening weekend for a baseball themed movie. 42 received moderately positive reviews, but Boseman was praised specifically for his role as the baseball legend.

Though he aced several auditions, unfortunately most of the movies Boseman had leading roles in under-performed and even completely flopped at the box office. It was beginning to look like the actor wasn’t cut out for being a leading man in Hollywood movies. However, Boseman was offered a lifeline in 2015 when he was cast as the Black Panther in the Marvel Cinematic Universe. The actor’s first movie as the now iconic hero was in Captain America: Civil War, and then with his own movie, The Black Panther, which was a massive success, making hundreds of millions worldwide and becoming the first and only movie in the MCU to have been nominated for Best Picture at The Academy Awards.

Though Black Panther didn’t win the coveted award, it did win three other Oscars including Costume Design. The success of Black Panther was helped by its fully original soundtrack presented by Kendrick Lamar and its release during Black History Month. It’s for these reasons that the movie made over $1.3 billion, the most money an MCU film has ever made outside of an Avengers movie. This catapulted Boseman into stardom, being recruited by Spike Lee to star in the Netflix original movie, Da 5 Bloods, and stealing the show not only as an actor, but as a fashion icon at the Oscars too.

Most of Boseman’s success can be attributed to not only being cast in one the biggest franchises of all time that seems impossible to fail, but to the fact that the actor embraces his ethnicity and the culture of his ancestors, which is reportedly one of the reasons why he took on the role of the Black Panther. The superhero movie references many different African tribes and their traditions, which is part of the reason why the film was such a critical darling.

Though there doesn’t seem to be any reason to return to the genre right now, Boseman carved out a niche for himself early in his career by predominantly starring in sports movies. Thanks to the actor’s lean physique, it was starting to look like Boseman was type-cast as he scored major roles in the football themed movies Draft Day and The Express: The Ernie Davis Story, and the baseball movie 42. The actor has also found success in playing real life people in biographical roles, as not only are the above movies all biographical, but Boseman has also starred in Get On Up as James Brown and Marshall as Thurgood Marshall.

Due to his role in the Marvel Cinematic Universe as the king of Wakanda, Chadwick Boseman reportedly had an estimated net worth of $8 million dollars. The figure was likely to grow as the actor was to don the Black Panther mask in the sequel, set to be released May, 2022. However his untimely death seems to have put pay to those plans. After his death legal documents revealed that his net worth was only $939 thousand in personal property. 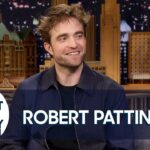 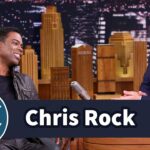